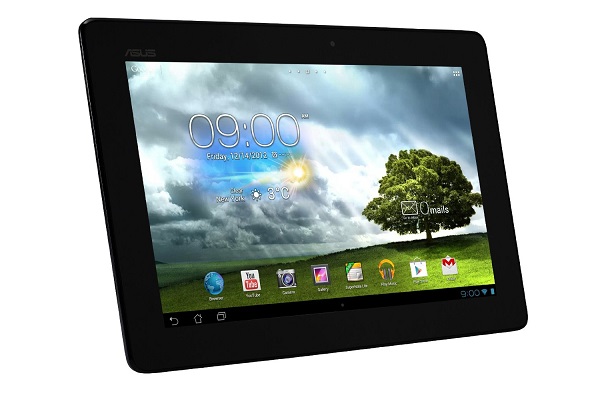 Most of us know that if you want a relatively inexpensive Android tablet, you have several options. The Galaxy Tab series can be affordably priced and then there’s the Nexus 7 that starts at $199. But what if you want something bigger, perhaps with a 10-inch screen? Those usually cost more.

If you’re in the market for a 10.1-inch Android tablet and you don’t want to make any real sacrifices on quality or performance, the Asus MeMo Pad Smart ME301T-A1-BL could be just the thing. The tablet sells for just $299.99, making it $100 cheaper than the Google Nexus 10. For that money, you get the 10.1-inch IPS display and Android 4.1 Jelly Bean, along with an NVIDIA Tegra 3 processor clocked at 1.2GHz. Like the entry-level Nexus 10, this also has 16GB of flash memory, but there is a microSD slot in there for expanded storage.

Rounding out the main specs are the 1GB of RAM, 5MP rear camera, 1.2MP front camera, and the usual array of wireless radios, sensors and inputs. As an added bonus, Asus is providing 5GB of free WebStorage for life. The slick package weighs in at 1.28 pounds and is 0.39 inches thin.

It only officially launched earlier this month, so head over to Amazon.com to buy the Asus MeMo Pad Smart now. You can get it in your choice of pink or blue for the same $299.99 price point, including free super saver shipping.