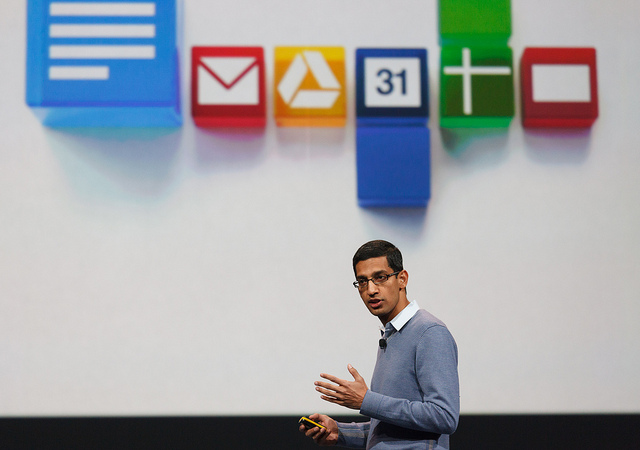 In an official Google blog update, CEO Larry Page announced that Andy Rubin would be moving on from his role as head of Android at Google. In his place, Sundar Pichai will lead Android, in addition to his current spots at Chrome and Apps.

Sundar Pichai has been at Google since 2004, the same year that “Rubin came to visit us at Google”. Prior to today, Pichai was Senior Vice President of Chrome and Google Apps. Now, he is also the Senior Vice President of Android. The switch is significant because Andy Rubin co-founded Android Inc. in 2003 and has watched it grow to over 750 million devices since then.

The shake up in Android management is also interesting because there have been rumors about Chrome and Android merging together. Putting Sundar Pichai in charge of Android and Chrome pretty much seals the deal on that rumor and more or less confirms it. Page made references to both Chrome and the Nexus program in his blog post. Keep an eye out for these two parts of Google to be coming together in the future.

“Andy’s decided it’s time to hand over the reins and start a new chapter at Google”. Page made sure to tell us that Andy Rubin will not be leaving Google, but instead he will be working on new developments at the Mountain View campus. In short, “It’s an exciting time to be at Google” (Larry Page).

What do you think about Sundar Pichai and his new role at Google? How do you think that it will affect Android, if at all? Let us know in the comments below.