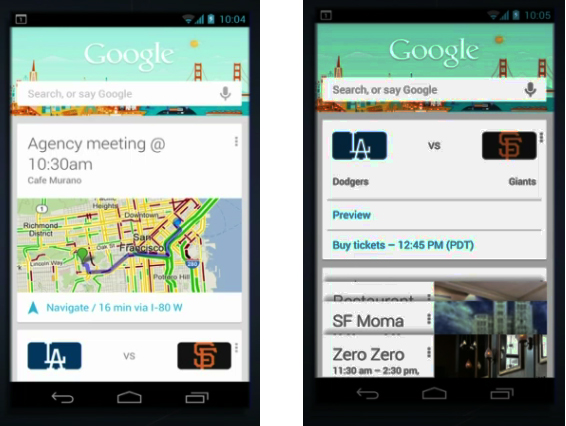 If you’re running Android Jelly Bean on your phone or tablet, you will likely have tried out Google Now. If you haven’t then I strongly suggest you do. I’m currently running Google Now on my phone and I love the fact it can always tell me the shortest route home, the weather for my local area and even tell me if I’m close to the coffee shop I Google’d earlier in the week.

It’s easily my favourite built-in feature of Jelly Bean, and a killer feature for anyone trying to choose between an Android or iOS device right now, but this might not be the case for much longer!

Earlier this week a YouTube video (now removed) appeared showing a very realistic looking advert for Google Now for iOS. Then around the same time Francois Beaufort, a French web developer found pieces of the Google Now puzzle hidden in a development version of Chromium suggesting Windows and Mac OS users could also be getting some Google Now love.

True to form, Google is keeping quiet about both the video and the Chromium leak, but with so much evidence it sure is hard for them to deny.