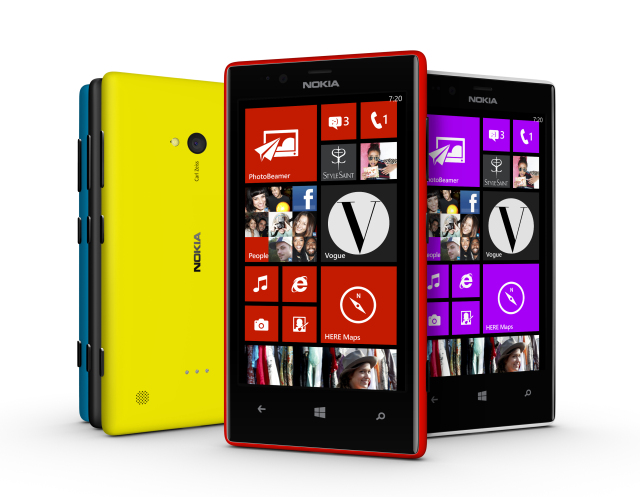 Let’s hope this isn’t some cruel elaborate April Fools day prank but the entry level Nokia Lumia 520 and mid-range Nokia Lumia 720 are currently on pre-order in the UK for a April 1st launch. The 520 is priced at £159.98 while the Lumia 720 is more at $294.98. Both phones run Windows’ mobile and are available in a range of bright attractive colours.

Nokia Windows phones fans in China should celebrate too, as the Lumia 920 and 720 (well at least their Chinese counterparts) have just received the green light from the Chinese authorities and should go on sale there as well.

Although Microsoft’s Windows Phone 8 isn’t exactly running the show in the same way that iOS and Android are, they continue to gain support both in China and the rest of the globe, and Nokia’s continued push of innovative new handsets is a large part of the success Microsoft is starting to finally see in the mobile market. What do you think of Windows Phone 8 and the latest Nokia devices?