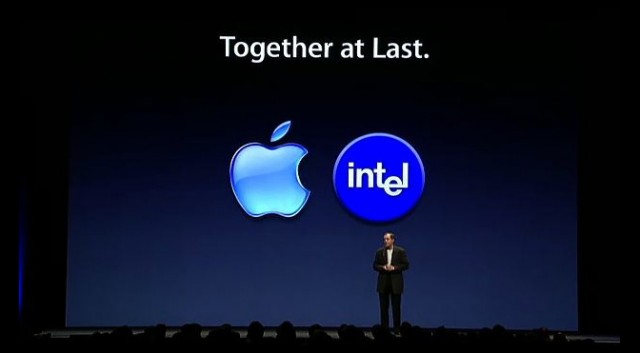 According to a report from Reuters, Intel could be striking a deal with Apple in the near future. Less than 2 weeks ago, Intel made a deal with Altera that would be their biggest chip manufacturing customer in history. This deal foreshadows Intel’s future in that it could open up the Silicon Valley company to other contracts with big name mobile manufacturers like Apple.

Apple only made the switch to Intel x86 processors for Macs in January of 2006. The switch was a huge turning point in Mac computers and by 2009, with the introduction of Snow Leopard, the PowerPC architecture was completely replaced by Intel.

Would you like to see Apple and Intel working together in the mobile computing market? What kind of effect do you think that this deal would have on the mobile devices of tomorrow? Let us know in the comments below.