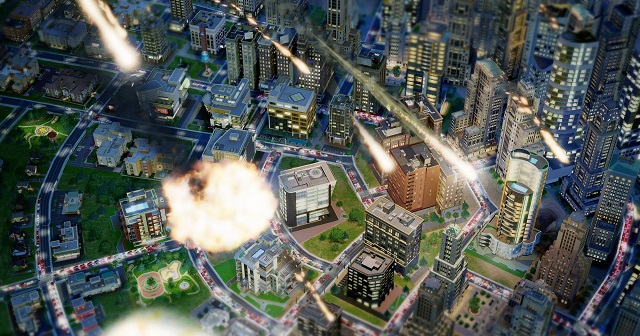 Thinking about picking up EA’s new SimCity reboot? You might want to wait a little while longer. While the media and many gamers are praising the title (82 out of 100 on Metacritic), it is currently receiving quite a bit of criticism due to server issues.

SimCity continues the trend that many big PC game studios are moving to: always online DRM. This means that you need to connect to a server in order to get into the city building action. Unfortunately, SimCity is selling way better than EA anticipated and that means that their servers weren’t ready for the load.

Added to the issue is that EA’s cloud features aren’t just about ‘logging in’, in fact many of the tasks within the game as supposedly augmented by their servers in a bigger way than many other “always-on” games like Diablo 3.

Here’s what the SimCity team has to say about the issues that angry customers are encountering so far:

What we are doing is deploying more servers over the coming two days which will alleviate many of the ongoing issues. We are also paying close attention to all the bug reports we are receiving from our fans. We’ve already pushed several updates in the last few days. Our live ops team is working 24/7 to resolve issues and ensure that bug fixes roll into the game as quickly as possible.

Bottom-line is that unless you are willing to put up with server issues, you might want to wait off a few weeks or even a month or two before rushing out and picking this title up. Are we really that surprised? Honestly just about every game that has went with always-on DRM has encountered these kinds of problems.

Diablo 3 was virtually unusable on its first day of launch and continued to be plagued with issues for weeks thereafter. What do you think of this kind of DRM, do you think that the cloud-augmented features are worth it or is this merely just a way for studios to ensure that piracy is at a minimum?