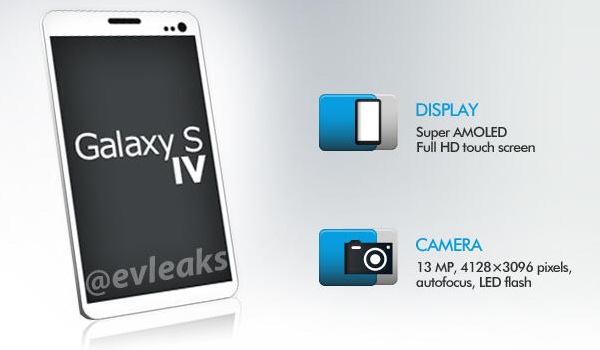 Earlier today multiple Android phone sites excited published the following renders of the Samsung Galaxy S4. The reason everyone was so excited? Well they appeared to come from @evleaks, a notorious tipster on who is normally right on the money with his/her info.

After the initial excitement a number Android phone fans soon found the same images on the Expansys website, without evleaks watermarks! Apparently the renders were originally made by Expansys’ designer, and were later republished by @evleaks on their Twitter feed.

This type of thing happens all the time on the web, but to have such a solid source of insider info soil the reputation like this is a blow to us all! On the bright side we only have 10 days until we see the real Samsung Galaxy S4 and we can’t wait!