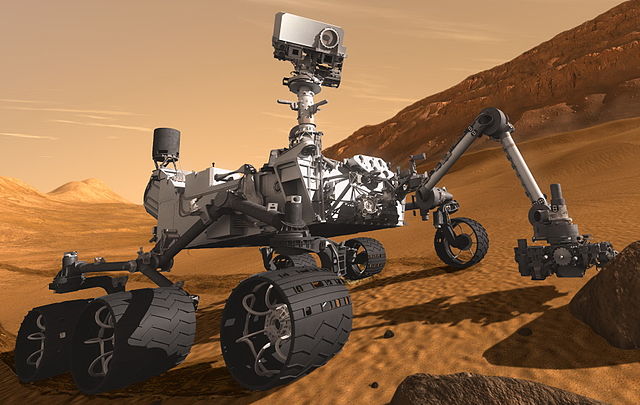 Not including a long 563,000,000 km (350,000,000 mi) journey, NASA’s Mars Rover Curiosity has been on Mars for nearly 7 month now. In this time, Curiosity has been gathering data about the “Red Planet”. Up until now, the journey has gone smoothly. However, corrupted memory could be putting Curiosity at risk.

Yesterday, NASA’s Curiosity’s Twitter feed read: “Don’t flip out: I just flipped over to my B-side computer while the team looks into an A-side memory issue”.

The source of this hiccup is corrupted memory files on the A-side computer. In response to the rover failing to follow through with it’s normal daily tasks, Curiosity was put into a minimal activity state known as “Safe Mode”. This move, in addition to the switch to the B-side computer, will keep the rover on hold until it is properly updated.

Richard Cook of NASA’s Jet Propulsion Laboratory in Pasadena, Calif. says that “We’re still early on in the process. We have probably several days, maybe a week of activities to get everything back and reconfigured.”

The main goal of the switch to safe mode and the reconfiguration is to get both the A and B computers health. Although this issue will slightly delay the rover, Richard Cook also noted that it will have no affect on Curiosity’s overall long-term mission.

Have you been following the Curiosity rover? Do you think that we should be spending more time and effort in space exploration? Let us know in the comments below.