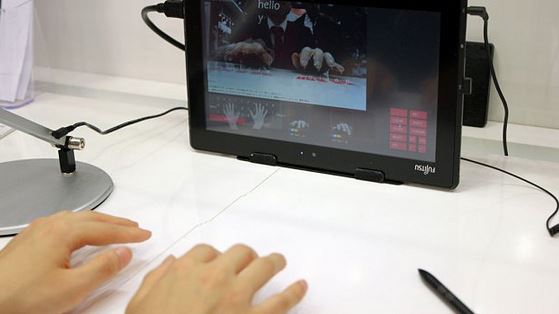 As much as we may enjoy using our smartphones and tablets, there is still something to be said about typing on a full-sized keyboard at a desk. While this doesn’t quite achieve that goal, Fujitsu is developing some unique technology that utilizes the front-facing camera on your tablet to effectively created an invisible keyboard.

It appears to work in a similar fashion as some of those laser-projected keyboards that you may have seen elsewhere, except there is no projection of the keyboard onto your desk. Instead, you simply place your fingers on the flat surface as if a full QWERTY keyboard were there and proceed to type out your blog posts, emails and Twitter updates. 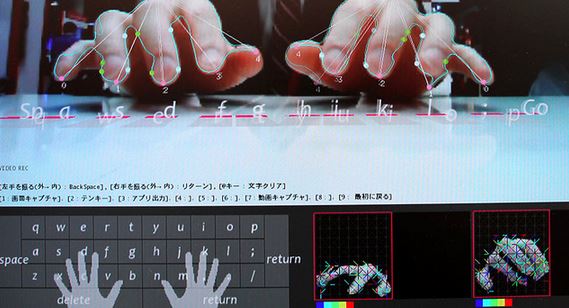 The camera then tracks the movement of your hands and your fingers, translating those movements into where it thinks you might be typing if there were a physical keyboard there… except there isn’t. It’s invisible. It will take some time for the software to “learn” the nuances of your hands and how you type, but after that learning curve, it’s supposed to be fairly accurate. I’m not sure why it’d place the space bar to the far left like that, but I’m sure that can be adjusted in the software.

This doesn’t really seem like a viable solution for typing, but I’ll be happy if Fujitsu can prove me wrong. Where I think it could be fascinating is if it integrates with Google Glass, for example, to create a virtual keyboard and a Minority Report-like floating UI in front of you while you walk down the street.