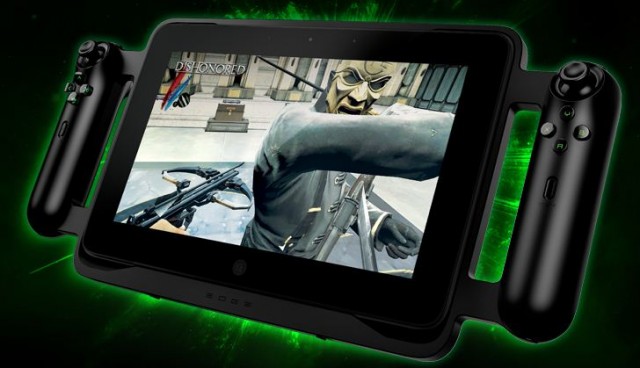 If you’ve been drooling over the Razer Edge since it was officially unveiled last month at CES, you will soon be able to get your hands on one. Well, sort of. While the actual gaming tablet itself won’t start shipping until “later that month,” you can start placing your pre-orders on the Edge this Friday, March 1.

The Razer Edge is powered by Windows 8 and it boasts a pair of integrated controllers, one on either side of its 10.1-inch display. There will be two variations of the Razer Edge, just as you would find different SKUs of gaming laptops. The lower end base Edge will get an Intel Core i5 processor and a 64GB SSD, retailing for $999. If you want the bump in performance, the Razer Edge Pro will get a Core i7 processor and a 128GB SSD for $1,499.

Since it is running on Windows 8, the Razer Edge can still be used for all your regular Windows 8 activities. Supporting this will be accessories like the optional keyboard and the docking station. I’m not convinced that the Razer Edge will be a resounding success, as battery life is reported to be only 2-3 hours when playing a more robust game. It’s also definitely on the pricier end of things, but Razer has always approached the “enthusiast” market that may look beyond such quibbles.