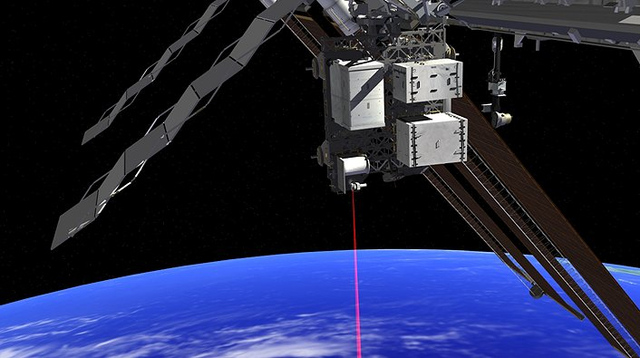 In our modern world everyone certainly wants to send and receive wireless data as fast as they can, and NASA is no exception. NASA has confirmed that they will be testing a prototype laser communications system called OPALS (Optical Payload for Lasercomm Science) this October from the International Space Station (ISS).

The thing about the OPALS system is that it can transmit laser beams that are a 100 times narrower than radio waves between Earth and space. This will allow higher data rates.

NASA will be carrying out the tests from the ISS by sending video data via one of the OPALS lasers to a ground receiver located in Wrightwood, California (a distance of 250 miles). They will be doing the tests for a period of three months with each test beam lasting two and a half minutes.

But don’t expect such a communications system from your wireless carrier. Besides the data rate, the reason that they are using laser is that they won’t have to use any bandwidth being used by others. And the transmission will be very secure since to intercept the sent info one will have to be directly in the beam of laser. And also although the system sounds simple NASA says that it should be very precise as it will be like “trying to use a laser to point to an area that’s the diameter of a human hair from 20-to-30 feet away while moving at half-a-foot per second”.

Just in case you didn’t know, back in January Russian astronauts aboard the ISS transmitted data using laser to Earth.