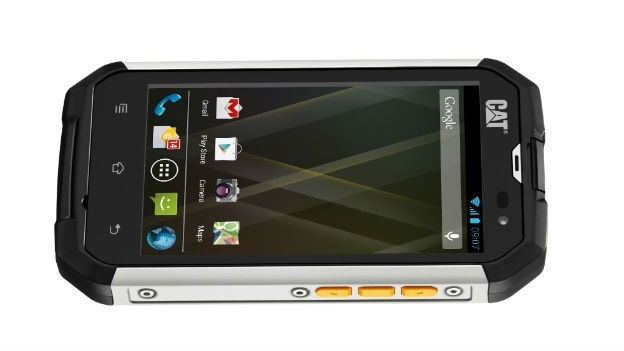 When you hear the name Caterpillar, you usually think about all those yellow-colored construction vehicles and machines. As it turns out, there’s also a Caterpillar in the portable electronics market and they’ve got a super rugged Android smartphone called the CAT B15. And it doesn’t look all that shabby.

Let’s not get ahead of ourselves. The CAT B15 is clearly not being geared toward average Joes who work a conventional 9-to-5 in the safe confines of a climate-controlled office. It’s very much for people who work in construction and in other more “extreme” environments where their devices do need to be tougher. Not surprisingly, the CAT B15 offers military grade protection against all sorts of things, like drops, water submersion, dust and extreme weather.

It is disappointing that it’s built like a tank on the outside and like a toy on the inside. The specs are worthy of a smartphone from three years ago: 1GHz ARM Cortex-A9, 512MB of RAM, and a 4-inch WVGA display with Gorilla Glass. That’s equivalent to a first-gen Samsung Galaxy S. When you consider that the people working at construction sites really rely on this tech, you would think that Caterpillar would put some beefier specs to back up the beefier exterior. At least it’s running a newer version of Android, if the mocked up screen above is to be believed.

In any case, the Caterpillar CAT B15 should ship in March for the European market at an MSRP of £299. I’d assume Caterpillar will ship to North America too at a comparable price.