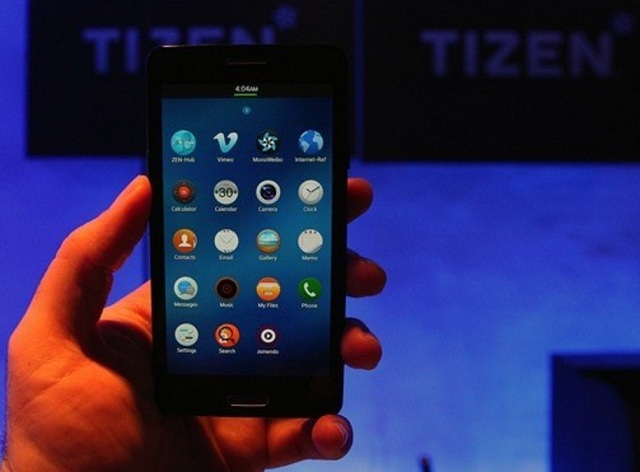 The arrival of Ubuntu, Firefox OS and Tizen 2.0 has certainly made the world of mobile operating systems a bit crowded. While Sony is going after a low end phone strategy by choosing Mozilla’s browser-based OS, Samsung appears to be more ambitious as it is going with Tizen and the Tizen 2.0 running reference device that the company showed off at MWC might be a proof of high end devices to come.

The 720p resolution developer phone runs version 2.0 of Tizen which is meant to run both native and HTML5 apps, or a mix of the two (the Vimeo app is an example), unlike the Firefox OS.

As you will see in the video from Engadget below, the OS has familiarities to what you get with many other modern OSes. You have to slide from left to right at the bottom of the display to unlock the screen to get to the home screen with a grid of apps. Swipe down from the top to reach the notification area which lets you adjust brightness and access Settings, and long press on the physical home button for the multi-tasking screen. Check out the video below to see the device in action.

As for when a Tizen 2.0 powered device will be available, Japanese NTT DoCoMo has announced that it will introduce one sometime in the future, while France Telecom-Orange will launch Huawei and Samsung devices later this year. In case you are wondering, in the US Sprint will most probably be the first carrier to offer one as the carrier became part of the Tizen Association in 2012.

It’s too early to say which new OS will become more popular in the future, but Tizen certainly has the advantage of heavy support from Intel, Samsung and other companies.