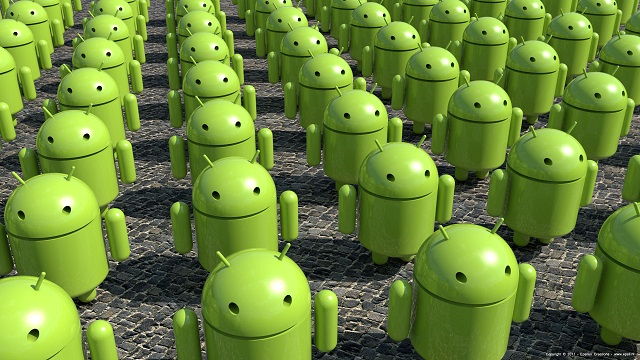 Google’s push of Android isn’t about making money directly from the OS, or even from the hardware vendors that carry it. Instead, it is about pushing Google services by getting more consumers to turn to the company for their search, social and other online needs.

In this capacity, it doesn’t matter if who is selling the most hardware, as long as it runs integrated with Google technology, right? According to WSJ, it actually matters to Google quite a bit. While this isn’t an official report, the Wall Street General says they spoke to people “close to the matter” about Google’s concern over Samsung’s dominance.

The problem is leverage. The more power that Samsung has in the Android world, the more they could demand from Google. This means more advertising revenue sharing, which means less profits for Google. Additionally, if Samsung doesn’t get what it wants, it could either rely even stronger on Tizen and push out Google services from the equation, or simply run a forked version of Android that again doesn’t put Google front-and-center.

This is why Google has continually pushed towards getting other vendors involved in its Nexus line and possibly part of the motivation behind being Motorola. While I think that this concern on Google’s part makes sense, it goes both ways. Samsung is raking in cash with Android, but they rely heavily on it.

You could say it is epic hardware like the Note 2, Galaxy S3 and upcoming Galaxy S4 that is winning fans, and while this part of the equation, it isn’t the full story. If Samsung devices sold themselves, they would have seen better results with their Windows Phone 8 hardware – though you could argue that Samsung’s problem in the Windows arena is that they haven’t done enough to promote their WP8 devices or set them apart from the competition.
Of course if Tizen does prove even reasonably successful for Samsung, they could have further motivation to demand more from Google going forward.