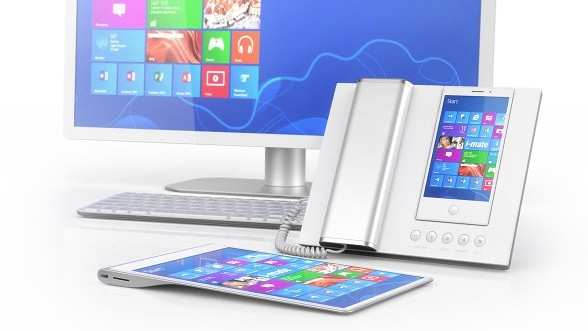 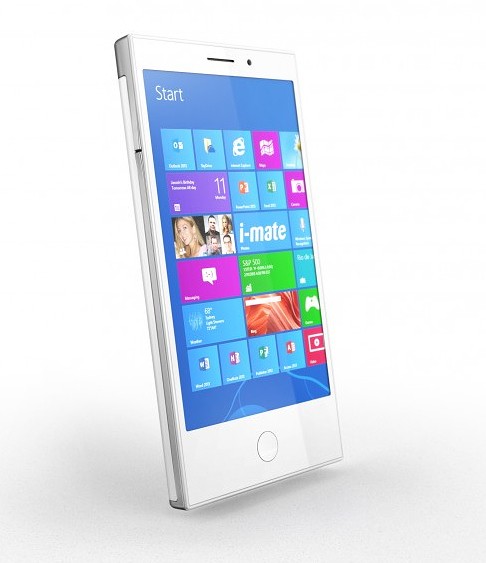 Windows Phone 8? We don’t need no stinking Windows Phone 8. That’s i-Mate’s take on things apparently, as the company is skipping Microsoft’s phone OS with their new smartphone and jumping right to Windows 8.

For those that don’t know (or remember) i-Mate, they were once well known for their rugged Windows Mobile handset that was designed to handle just about anything you could possibly throw at it and yet somehow still survive the mayhem and destruction brought down on it.

So what kind of hardware is this Windows 8-based smartphone planning to arrive with? The phone will have a 4.7-inch display, an Atom processor, 2GB RAM, 64GB storage, HSPA+, LTE support and will run on the Pro version of Windows 8.

The Windows 8 Phone will also have an optional docking station that includes a wired handset for making calls over the net, and more. The “HUB” package will also come with a 23-inch display, keyboard and mouse. In short, you can make this phone your desktop PC as well. Not enough options for you? There is also an auxilary 10.1-inch wireless tablet in the works.

As you can probably guess, this will not exactly be a cheap buy. The phone buy itself is a stagerring $750. The “hub” with the phone, dock and monitor package comes in at $1,600. The wireless tablet is seperate, not sure on the costs though.

While not a popular brand in the US, i-Mate is actually rather well known in the United Kingdom and Dubai. This might not be for everyone, but it is certainly a unique niche item. You have to wonder what they were thinking with a 4.7-inch display. Although I personally like displays of this size, going into the desktop to change settings and other options won’t exactly be a cakewalk with such a tiny display – 5.5-inches or so would have been a better fit.

For those wondering, since this runs on Windows 8 and an Intel processor, it can also handle full desktop apps, though the Atom processor certainly won’t be strong enough for anything too intense.

What do you think of the concept, could this have potential or is the idea of putting a full desktop OS onto a phone just too impractical at this point?