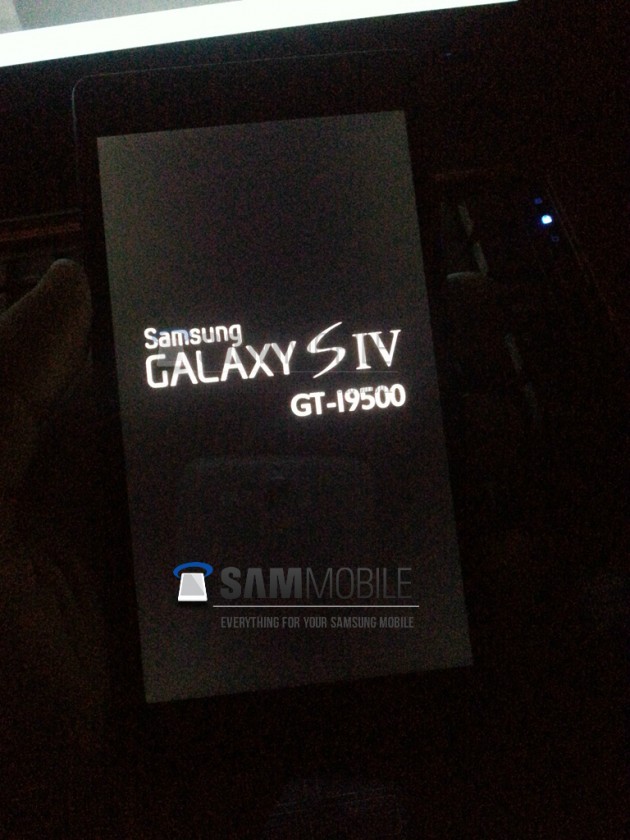 The Samsung Galaxy S4 isn’t expected to be official until March 14th, but purported leaked details of the next generation phone are already hitting the web in the form of detailed specifications.

It was originally believed that Samsung would use it’s own Exynos 5440 CPU for the much anticipated phone, however new reports are suggesting that a 1.9Ghz Qualcomm Snapdragon 600 processor will be used. If true the Snapdragon 600 will be coupled with 2GB RAM and run Android 4.2 Jelly bean in full HD across a 5-inch display.

These new details come from an unnamed source who also provided the above image which allegedly shows the new Samsung Galaxy phone booting up. What do you think of the specs if they prove true, excited or not?