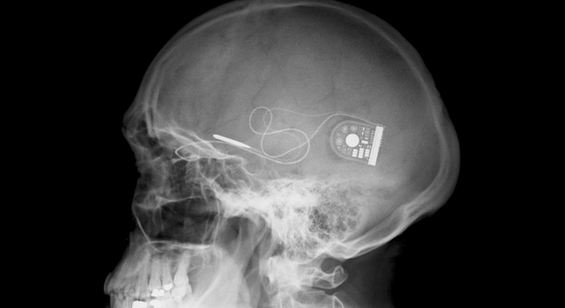 A couple of weeks ago, we shared a video where lab rats were given infrared vision. However, it’s not just rats that are getting their vision supplemented by science. Nine blind human patients have been outfitted with the Alpha IMS retinal prosthesis, effectively “curing” their blindness and allowing them to see again.

This is not science fiction. While the “vision” offered by the Alpha IMS probably isn’t as good as regular human sight (yet), it does allow these previously blind patients to see again. The prosthesis, a grid of 1500 electrodes, is implanted underneath the retina, offering higher resolution and taking advantage of the middle layer of the retina that handles motion and contrast. Wires then run to a chip (powered by a battery pack in the patient’s pocket) implanted on the vision-processing part of the brain. And boom, you have vision.

Of course, this kind of vision restoration only works if the vision-processing part of the brain is still intact and the original loss of vision was due to some disease of the retina, like retinitis pigmentosa. Given what we’ve been able to learn from the infrared-seeing rat experiment, it’s not that far-fetched that a future version of the Alpha IMS gains not only higher resolution, but also the ability to see beyond what we consider to the visible spectrum.