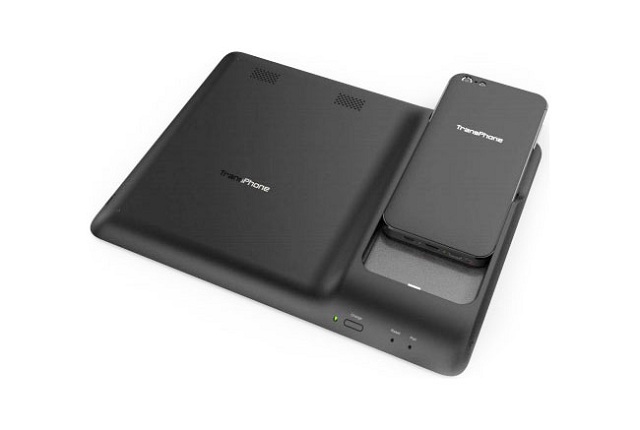 Remember the TransPhone? It’s the device which is similar to the ASUS Padfone, although not entirely so as it is cheaper and a bit different in design. Well now, the makers of the TransPhone have announced a successor to the device: the TransPhone 2. The new system will be available in three versions. The Basic, Pro and Pro+ smartphones that will arrive with a bigger tablet part (with an 8-inch screen) unlike the original version.

With the basic TransPhone 2 handset you will get a 4-inch TFT screen with a resolution of 845 × 480, a 1GHz dual-core processor, 512MB of RAM, 4GB of on-board storage, 8GB pre-installed SD card, a 5 megapixel cam, front-facing camera, and will run Android 4.1 Jelly Bean. The tablet for this device features 1024×768 resolution and a 4,000 mAh battery giving you 5,500 mAh when you dock your smartphone. The system will be available with a price tag of $299.

The Pro version increases RAM to 1GB, and there will be 8GB onboard storage, 32 GB preinstalled internal SD card, and both the smartphone and the tablet of this system feature IPS screens. This version is expected to cost around $399.

On top of the Pro specs, the Pro+ features 32 GB onboard storage and a 32 GB internal SD card. You will also get a 3 megapixel front-facing cam. Gorilla glass protection is available on the smartphone as well as the tablet of this system. It will cost around $449. And if you need a bigger screen for the Pro+ there will be a 10-inch tablet available.

All the versions will be available later this year. So what do you think, are you interested?