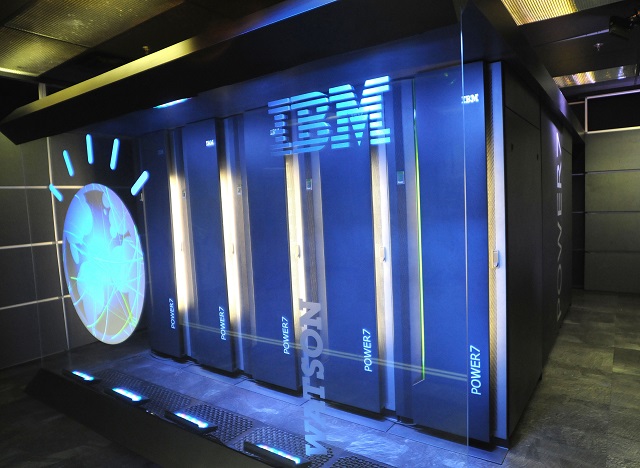 At the Memorial Sloan-Kettering Cancer Center in New York city, IBM’s Watson supercomputer is currently in use as a tool to help train physicians. The long-term goal is to deploy the computer as a way to help make diagnoses and perform other medical tasks. This makes you wonder, could robots and supercomputers someday replace human physicians?

In a recent essay for the Atlantic, Jonathan Cohn took a deeper look at the idea. Cohn writes the following about IBM and other scientists and engineer’s visions for the future of medical computing:

“Specifically, they imagine the application of data as a ‘disruptive’ force, upending health care in the same way it has upended almost every other part of the economy—changing not just how medicine is practiced but who is practicing it,” says Cohn. “In Silicon Valley and other centers of innovation, investors and engineers talk casually about machines’ taking the place of doctors, serving as diagnosticians and even surgeons—doing the same work, with better results, for a lot less money.”

While the idea seems a bit far-fetched, it does seem possible that AI systems could eventually be used as a supplement to human physicians, and perhaps even to nurses. This would mean better healthcare at a cheaper cost since they would need considerably fewer nurses and doctors to staff a hospital then are needed now.

Specifically I could see the idea of robotic machines that can do incisions and surgical operations while using logic skills. Things that require “beside manners” like talking to the patients and breaking bad news should be best left to human beings, though. It is pretty hard to imagine a robot telling you that you have just six months to live, or other news that requires empathy.

What do you think, could the next few decades bring to pass a future hospital setting where the majority of the staff is actually computers and robots or is this near-Jetson-like image of the future of healthcare not as plausible as some would like to think?