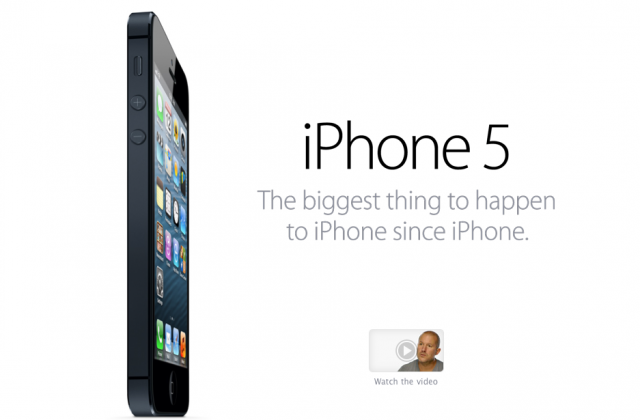 Early on Wednesday morning, Strategy Analytics posted their newest numbers on the world’s smartphone market. Coming out on top, Apple’s iPhone 5 was sold an estimated 27.4 million times worldwide during the fourth quarter of 2012. Out of the 217 million smartphones sold during this period, the iPhone 5 accounted for 13%.

In addition, the iPhone 5 and iPhone 4S put together accounted for 1 in every 5 smartphones shipped in Q4 of 2012. These numbers show that Apple still has a pretty good grip on the worldwide smartphone market despite losing overall market share to Android in the past years. With the Galaxy S4 on the way, one can only wonder what these stats will look like come mid-2013.

The iPhone 5 destroyed the Samsung Galaxy S3 in this time frame, which shipped out only 15.4 S3 units during Q4 of 2012. Furthermore, the Galaxy S3 could not even touch the 17.4 million iPhone 4S units sold during Q4. It is crazy to think that the iPhone 4S sold more units in Q4 than it did in Q3, even with the introduction of the iPhone 5.

Despite the incredible number of iPhone 5 sales, Apple stock plummeted from close to 700 points all the way down to below 450 during Q4 of 2012. At the end of Q4 when Apple posted earnings, they were met yet again by disappointment because they did not post “great” earnings.

Are you one of the 27.4 million new iPhone 5 owners? How long do you think that Apple will hold the number 1 spot? Let us know in the comments below.