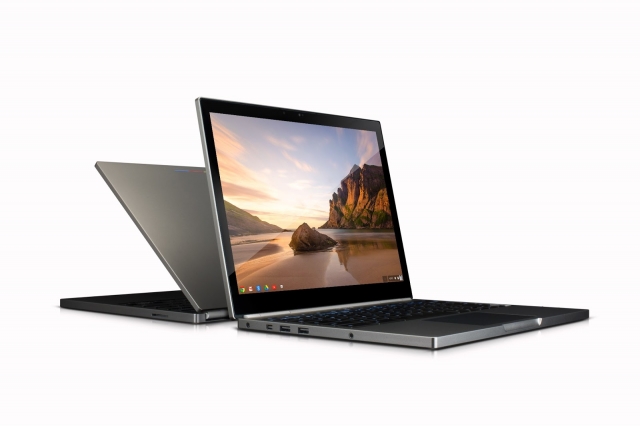 Not too long ago we covered the news of the ChromeBook Pixel, a rumored Google-made ChromeBook that had leaked to the net. While it was unclear whether it was a hoax or the real deal, now we have actual confirmation from Google itself.

The Google ChromeBook is a high-end notebook device that is priced comparably to higher-end ultrabooks and the MacBook series at $1,300. While that’s a lot to spend for a Chrome OS device, the hardware is pretty slick with a 239ppi display, that Google says is the highest density display found in any laptop to date.

The laptop is also constructed of high-quality anodized aluminum alloy and has a touchpad made from etched glass. Not enough high-end features? The laptop is powered by an Intel Core 5 processor and is a touch-capable display.

Unfortunately there isn’t much in the way of physical storage with only a 32GB SSD, but Google does through in 1TB of Google Drive storage into the mix. At $1,300 you just get WiFi, but for those looking for LTE, a $1,450 model will exist as well.

With Chrome OS essentially being just a browser within a self-contained environment, is it going to be enough of an OS to attract people? Honestly, it depends on your needs. If you live mostly in the web, it will be great. Additionally, it will support many offline web apps as well – so it’s not like it just becomes an expensive brick when your connection is down.

What do you think of the Google ChromeBook Pixel, worthy of such a high price point or not?