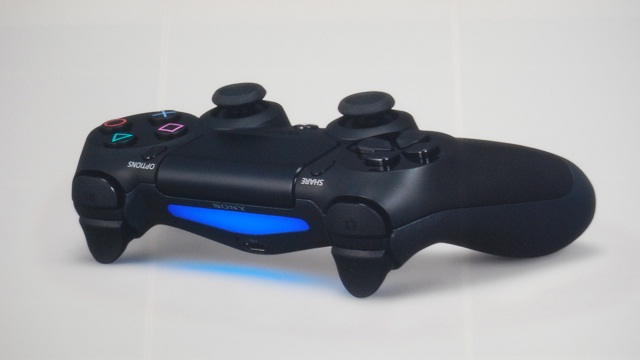 The wait for the PS4 announcement is over, now we just have to wait for the Playstation 4 to actually hit stores later this year.

So what do we now know about the PS4 thanks to Sony’s launch event? In a nutshell, it is a high-powered x86-based entertainment system with 8GB of unified memory and an HDD drive. Not much else about the hardware is officially unveiled at this point. Heck, the never even clarified who was building the chip, Intel or AMD – or perhaps it is an in-house x86 processor? Rumors in then past seem to indicate it is made by AMD, though.

Additionally, we now know the new controller will be called the Dualshock 4 and will continue the classical Playstation controller design, though with a few new additions including a touchpad in the middle and 3D camera that can be tracked via a light bar to provide an integrated “Move” experience.

The Playstation 4 is less about raw power this time around and more about a personalized experience, or so says Sony. With the PS4 you can share videos, let people ‘watch’ you play games through the net and the PS4 even gets to know you.

By following the games you play and the content you download from the their network, it will determine your likes and dislikes, and from there it can suggest titles for you and will even predict your next purchase and start downloading it in the background for you so it is already ready for you when you go to purchase it.

As if that’s not enough to get excited about, there are plenty of instant streaming features in the PS4 as well. Using Gaiki technology you can instantly try an game for free without having to download the demo, simply by streaming it instead – provided your Internet connection can handle it, of course.

Last but not least we also will see integration with the Playstation Vita, which will allow you to play Playstation 4 games on the Playstation Vita through streaming, obviously provided both devices are connected to the same local network. This is relatively similar to what you can do with the Wii U’s controller though the range is probably less limited.

There are still a lot of things we don’t know just yet, like full specs, pricing, or even what the system actually looks like. We do know that it will arrive during the Holiday 2013 season. What do you think of the Playstation 4, impressed or not?