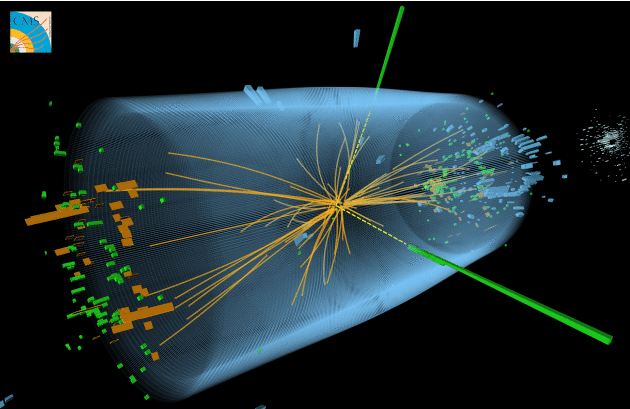 Thanks to reading a couple of books by Dr. Michio Kaku and watching some videos online, I’ve come to a rudimentary understanding of how science currently views our universe. They believe that we really exist in a multiverse, with about 11 universes in all, and these exist on the skins of bubble-like structures. When these universes collide with one another, they can interact much like bubbles would: they can pop one another, they can stick, or they can merge into a bigger bubble.

Now, it seems like the CERN scientists who work with the Large Hadron Collider and discovered the Higgs boson “God” particle are saying that the end of the universe could happen very abruptly, traveling at the speed of light through the universe and wiping us off the face of existence. “It may be that the universe we live in is inherently unstable,” said theoretical physicist Joseph Lykken. “At some point, billions of years from now, it’s all going to be wiped out… The universe wants to be in a different state, so eventually to realize that, a little bubble of what you might think of as an alternate universe will appear somewhere, and it will spread out and destroy us.”

He says that this could happen “billions of years from now,” but it could theoretically happen tomorrow. “The bubble forms through an unlikely quantum fluctuation,” said Lykken, “at a random time and place.” The good news is that this will happen so fast that we won’t feel a thing. The universe “bubble” will pop and that’ll be that. In fact, it’s quite possible that it was a similar event that caused what we consider to be the Big Bang. The death of our universe could, in effect, become the birth of another. In that regard, I guess we live on?