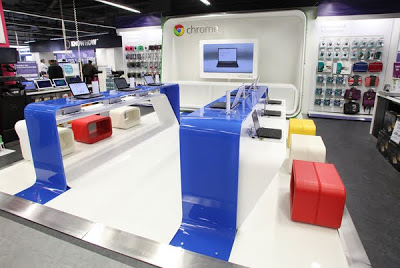 Google has their fingers in many pies, but there might be just enough room for one more in form of physical retail stores. Rumors originally appeared on Friday over at 9to5Google, and were later corroborated by a report on the Wall Street Journal.

Both stories cite unnamed sources, but with varying time frames, 9to5Google says we could see Google stores by the end of the year while the WSJ suggest they are some ways off.

The high street looks to us as the perfect place for Google to expand in to as they have already taken over most web users browsing, search and email experience, Android TV’s are invading the living-room and most phone users carry an Android device in their pocket.

Now all we need is a place to spend our money from Google wallet, via our NFC equipped Nexus device to be driven home by a Google self drive car! What do you think, should Google get into the “store front” business like Apple and Microsoft?