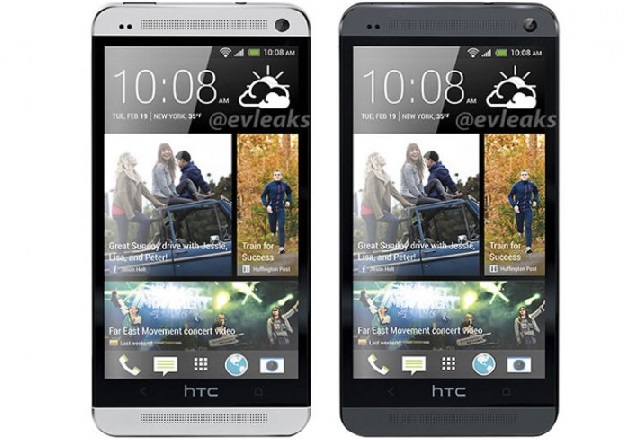 Let’s face it, the last few years haven’t exactly been easy for HTC. While 2011 was awful, 2012 certainly looked a bit more optimistic and ended on a high note with the release of the HTC Droid DNA and HTC Butterfly.

Now it is 2013, and that begs the question – can HTC regain lost glory with the release of its next generation HTC One handset?

HTC One – What We Know

The HTC One, aka HTC M7, isn’t exactly a well kept secret. We’ve seen leaked photos, benchmarks and just about everything under the sun. In fact, today’s HTC event might only bring us confirmation of the handset and nothing else new, considering just how much has been leaked already.

Okay, so what kind of firepower does the HTC One pack? More than likely, we are looking at a 1.7GHz Qualcomm Snapdragon S4 Pro processor and 2GB of RAM. Other specs include 32GB of storage, 13MP rear-cam, 2MP front cam and a 2,300 mAh battery. As for the display, a 5-inch 1,920 x 1,080 display will grace the device.

There is no denying that these specs are solid, but is it enough?

HTC One – Tough Competition Ahead

HTC has arguably always done a good job when it comes to aesthetics. They have solid phones that have very pleasing designs, whether you like other aspects like HTC Sense or not.

Phone designs don’t seem to be the company’s problem. Their problem is that they have ran into pretty serious competition that tends to hog the spotlight and push them aside. Unfortunately, 2013 doesn’t seem to be any different.

With continued rumors of the Samsung Galaxy S4 and the recently unveiled LG Optimus G Pro, the HTC One might have a hard time standing out. Let’s also not forget about the strong hype surronding the Sony Xperia Z and ZL.

HTC One – Confusion in the Name

Competition might not be the only problem for the HTC One, marketing confusion could also lend to the struggle. While I think the name HTC One sounds fitting enough, it has been used by quite a few HTC models already.

When an average consumer goes to the store, will they understand that the HTC One is BETTER than the HTC One X? Good advertising through television and other sources can certainly help remove some of that confusion, but nonetheless it could be an issue.

HTC One – Standing Out

The big question is whether or not HTC can get past the confusion of the name, the mixed reputation of their Sense UI and find a way to stand out above the competition. That’s a tough question to answer.

Even if the HTC One looks suspiciously like what would happen if the Blackberry Z10 and iPhone 5 had a baby, it’s a sexy handset. Knowing HTC, it will also be solid when it comes to build quality, and the specs are pretty cutting-edge, even if not utilizing next-gen Qualcomm or Nvidia chips.

But what does HTC have that can make it stand out against Apple, Samsung or even LG? These brands have more marketing power and plenty of hype on their side, but ultimately I think that HTC has what it takes with the HTC One to make a fairly big splash. The groundwork is laid, now it comes down to presentation. HTC needs to deliver a great — no epic  — show today.

They need to get the press excited, and by extension get the online readers buzzing about it as well. From there, they need to be very aggressive about marketing.

If HTC can do that, all while bringing the phone out far enough ahead of the Optimus G Pro, Galaxy S4 and next iPhone – they have a shot. Even with the Galaxy S4 around the corner, there are many HTC fans (and former fans) out there that truly want the HTC One to be everything we hope it is, and these folks would be more than willing to purchase the One, if HTC can sell it to them with enough passion and conviction.

Even if the HTC One is a homerun for HTC, will it instantly recover the company? No, even the recent success of the Nokia Lumia line hasn’t completely turned Nokia around, but it has helped them get back on the right path. Now is the time for HTC’s star to shine bright, or to dim out for good. Your call HTC.

What do you think, can the HTC One and the company’s other offerings in 2013 help set the company back on the path to a comeback or is to late for HTC to regain what has been lost?