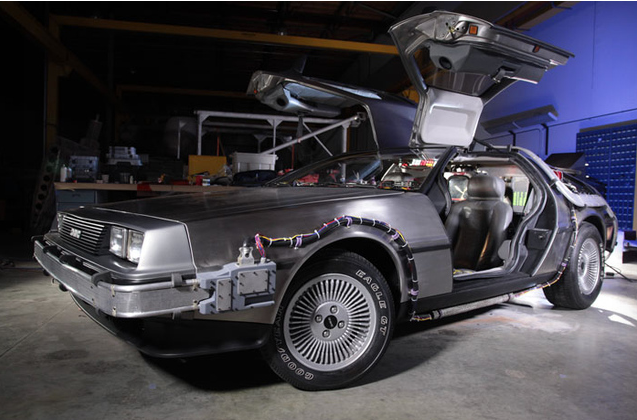 Just the other day we reported on the Pit Bull hoverboard prop from Back to the Future 2 being listed on Ebay, now we are back with more news regarding one of the most iconic time travel movies ever released.

It seems that after more than a year of work on the effort, the original DeLorean time machine from the Back to the Future series has now been fully restored and put on display at Universal Studios in Hollywood.

The car on display was referred to as “Hero A” and was actually one of three models used in filming, and was primarily used for shots with the actors themselves, while B and C were used mostly for stunts and interior shots.

While this was pretty much a complete restoration of everything already in place for Hero A, they did unfortunately have to fully replace the front flux bands for the time machine, as the old ones were just too worn.

Luckily they were able to use mostly original materials and the end result looked identical to what was seen in the movie.

Anyhow, check out the video below for footage that takes you for a closer look at this fully restored DeLorean “Time Machine”.