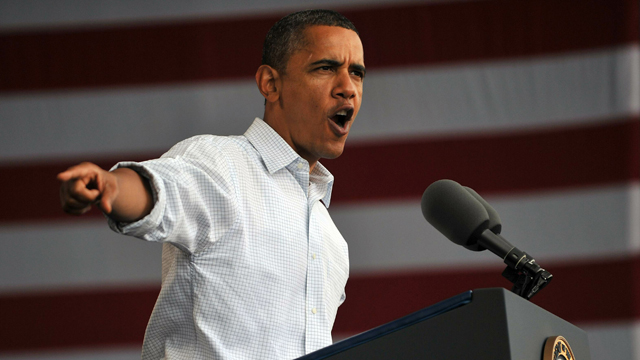 For the fourth year in a row after his State of the Union address, President Barack Obama joined Google and other viewers on Google+ for a “Fireside Hangout”. This rendition of FDR’s fireside chats allowed 5 people to ask the president questions on Valentine’s Day. Part of the Hangout involved the President’s view on patent trolls and their affect on new ideas.

“They don’t actually produce anything themselves,” said Obama of patent trolls. “They’re just trying to essentially leverage and hijack somebody else’s idea and see if they can extort some money out of them.”

President Obama’s statement on patent trolls were in response to Limor Fried’s question about trolls impediment to high-tech startup growth. Other topics that related to the technology industry were high-school computer programming and copyright issues. The President’s full response included information about the internet and piracy:

Although patent trolling may be seen as a profitable business, these people or companies must be stopped. As the Limor Friend stated during the fireside hangout, they are becoming a major impediment to technology startups. In fact, one of the first things that new companies have to do is search through GoDaddy and the USPTO directory to ensure that their product is not already taken. If the space is already taken, you will most times find that a website or product is completely unused or unfulfilled.

A patent troll is a person or company that excessively files for and enforces patents. The worst type of troll are the ones who obtain patents and do not follow through in building or producing the final product. The most common type of troll in modern technology is a domain name troll. These are people or businesses who strategically register desirable domain names.

You can watch the full Hangout on YouTube if you missed it:

How do you feel about patent trolls and new ideas? What suggestions or ideas do you have to stop them? Let us know in the comments below.