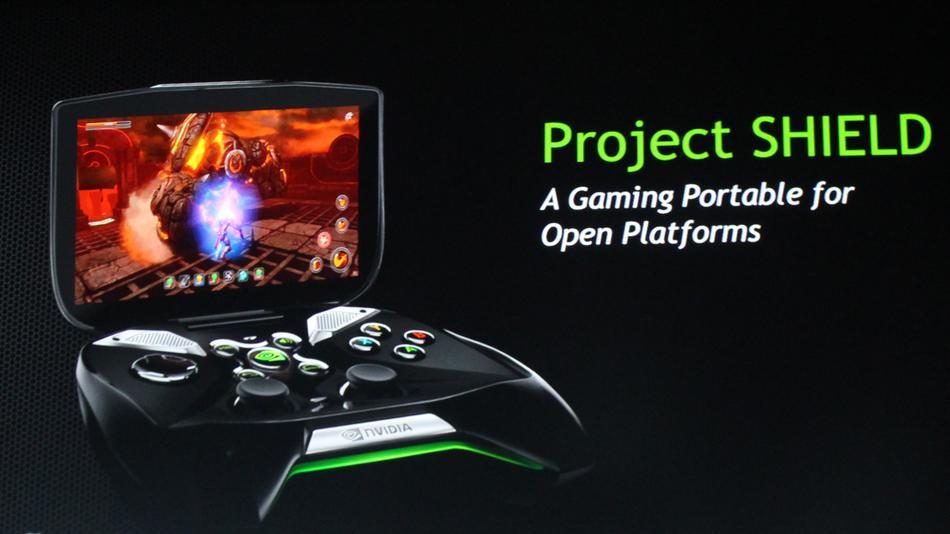 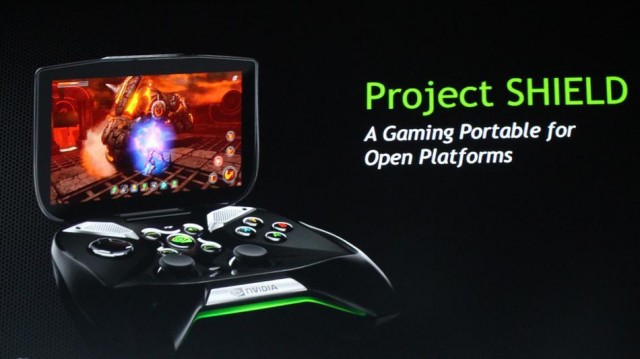 Earlier in the year we reported on Nvidia’s Project Shield Android mobile gaming console.  Now Project Shield demonstrates, in a video, its ability to wirelessly pair its Nvidia Project Shield handheld gaming console with a PC.  In the video they access their game titles on their PC by simply having a GeForce GTX 680 enabled PC with the software installed.

The Nvidia Shield sports a Tegra 4 processor, a custom 72 core GPU all being controlled by the dual analog control sticks and the 4 trigger controls.  Click play below to watch the Nvidia gaming console in action!

“In this episode, we take you through a demo of Project SHIELD playing Need for Speed: Most Wanted via a GeForce GTX 680-enabled PC. You’ll see how the best quality graphics from the PC combine with the smooth dual analog

joysticks of Project SHIELD to deliver one of the best driving experiences possible.”

The Nvidia Project Shield has managed to create an awesome handheld gaming system with enough horsepower to play titles traditionally only available on your stationary consoles.  Is this the future of gaming as we know it or do you think that pricing and other issues will hold it back from taking the mobile gaming world by storm? Let us know what you think in the comment section below.