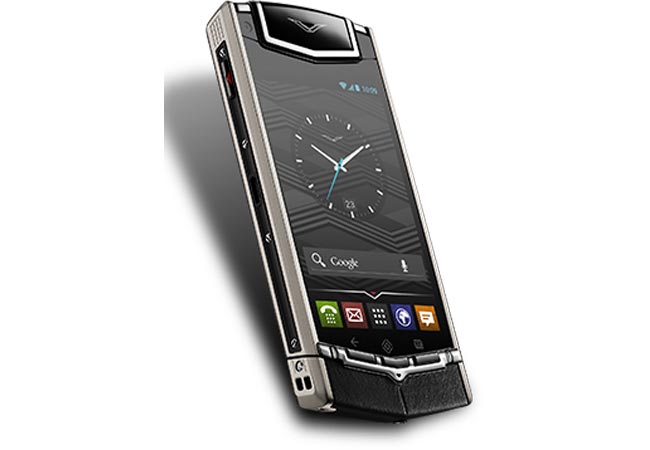 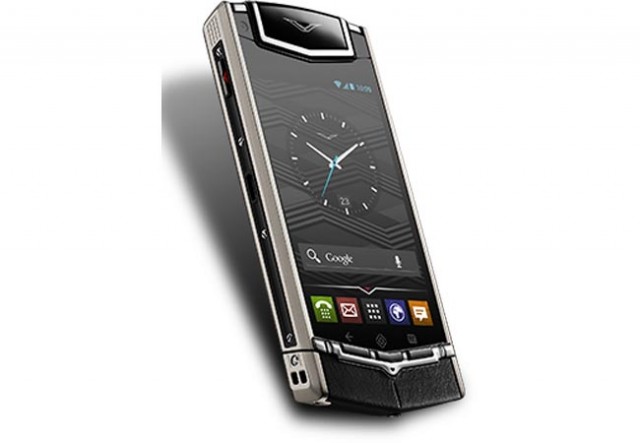 In the past we have shown you a variety of different products to spend your lottery winnings on, from a $40k TVs to a $130 million yacht.  We have a new one to add to the list, a $10,500 smartphone.  The Vertu TI may even be the most expensive Android smartphone ever sold with a retail price of a mere €7900 , or roughly 10,500 USD.

So how impressive is this phone for the rich and famous, you may ask?  Under the outer shell, not that impressive.  It comes with Android 4.0 Ice Cream Sandwich, you heard that right, not Jelly Bean for your 10 grand.  But do not fear, it also has a 3.7 inch WVGA display and the standard two cameras.  A rather disappointing 1.3 MP front facing camera for hours of grainy video chats and a respectable 8 MP rear facing camera with auto focus and dual LED flashes.  The Vertu TI also has 64GB of built in storage and a battery that supports 200 hours of standby and 72 hours of talk time.

Now we get into where I think most of your $10,500 is going, the case.  The Verti TI is made with brushed and polished, no not aluminum but titanium!  It also has black leather and polished black ceramic.  Built in services include Vertu Certainty, Vertu Life and Vertu Concierge classic.

I guess if you have the extra cash, why not.  But I don’t think this handset will be flying off the shelves as it is definitely catered to a very limited market. Even those who are extremely wealthy would likely rather opt for a more-capable iPhone or Galaxy S3 over this phone, I’d wager.

What do you think of the Vertu TI?  Would you drop the cash on it, if you had (have) it?