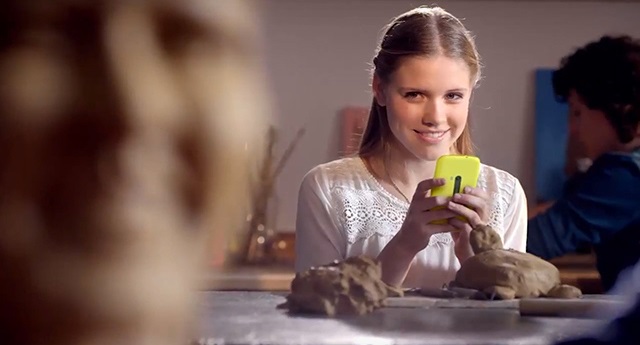 We’ve known for a while now that Nokia is preparing a few other Lumia handsets, even if they have yet to officially announce it. Now a new commercial for Dutch carrier KPN seems to reveal one of these upcoming Nokia handsets.

The commercial is meant to showcase the Nokia Lumia 920, but it also gives us a look at something that is much more curved at one point, something that looks like a Lumia but is clearly not any existing model.

The design itself looks somewhat like a mix of the Lumia 822 and Lumia 620. More than likely, it is another budget or mid-range device, though its hard to say for sure at this potent.

Whatever this handset is, here’s to hoping we learn more about it about Mobile World Congress. What do you think, like the curved design of this one or not? Let us know what you think in the comment section below.