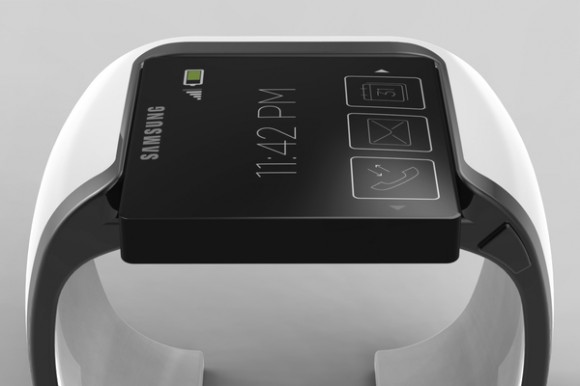 I remember way back in the day when Casio calculator watches and even TV watches were what was considered “the in thing”, but the latest wave of Smartwatches make those devices look prehistoric. Rumors of an Apple iWatch have been doing the rounds of late and now it appears Samsung is jumping on the Smartwatch bandwagon with a Galaxy watch of its own.

The rumors of a Samsung Smartwatch kicked-off after alleged leaked images turned up on a Korean message board. According to reports the watch will be named the Galaxy Altius and will feature on-board storage, its own AltiusOS and will sport a 500 x 500 resolution display.

Could the Altius arrive in the middle of next month along with the Samsung Galaxy S4? Recently a rumor indicated that an S4, S4 Mini and third non-phone device were all in the works, could this be what the rumor was indicating?