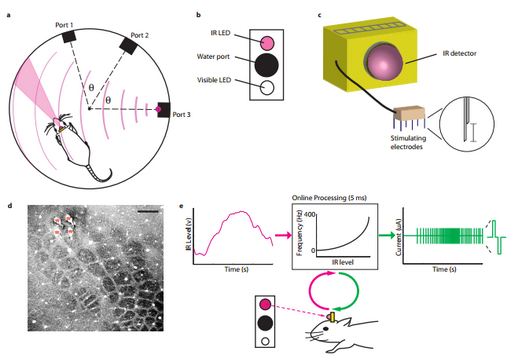 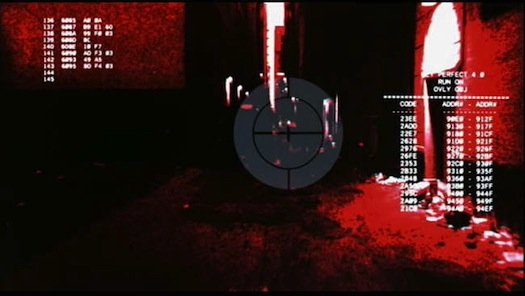 For science! Normally, mammals don’t have the ability to have infrared vision, as it’s just outside of what we consider to be the visible spectrum. However, scientists at Duke University have effectively given infrared vision to their lab rats by way of a neuroprosthesis.

First, they trained the rats to respond to a series of LED lights inside of a test chamber. When the light turns on, they learn to scurry toward that light and they are rewarded with a treat. Then, they implanted “an array of tiny stimulating electrodes into the touch-sensing part” of the rat’s brain. These electrodes were then connected to an infrared sensor, which was surgically attached to the rat’s foreheads so that it can react in the direction that the rat is facing.

After replacing the LED lights with infrared lights in the test chamber, they ran through the same kind of trial. Initially, the rats would just scratch their faces, as if something were touching their whiskers. This makes sense, as the “touch-sensing part” of the brain was being activated. Over the course of the next few weeks, though, the rats started to learn how to react to those infrared lights, doing the same thing they did when there were LED lights: they ran toward the “reward port” where the infrared light turned on and got their treat. In effect, the rats gained crude infrared vision.

What’s interesting is that the relevant neurons never lost their initial capabilities; they still responded to touch and the rats could still feel their whiskers. It just so happened that the same part of the brain gained the new function of “seeing” infrared light. Now, you can see how this can be expanded to just about any other stimuli, like “magnetic fields, radio waves or ultrasound,” as described by principal investigator Miguel Nicolelis. And then it’s only a matter of time before us humans get access to these implants and augmented abilities.

This isn’t just about creating people with superpowers. It could be adapted to “restore” vision to the blind, hearing to the deaf, and so much more. Further testing is certainly required, but this is a fascinating new arena for science.