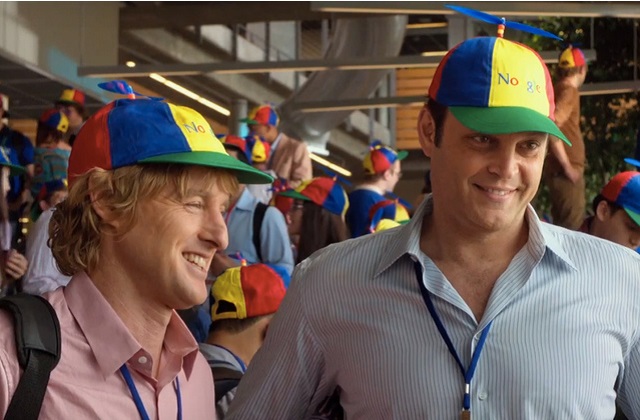 I have to admit, when I first found out about this one, all I could do was shake my head. I’m not a fan of movies that seem more like giant product placements or advertisements than actual movies. For those that don’t know, the Internship is all about two older guys who find themselves out of a job and end up as interns at Google.

The movie features the comic duo Owen Wilson and Vince Vaughn. The big question though, is can a movie that centers around a Google internship actually be funny? While I had my doubts, the trailer actually had me smiling as I watched it.

The brief trailer is pretty good, but that certainly doesn’t mean the movie is. Obviously its probably way to early to judge this one, but if you like Vince Vaughn and Owen Wilson, and don’t mind the fact that it is centered around a real world technology empire, you will likely find it worth checking out.

The movie hits the big screen on June 7th. What do you think, interested or not?