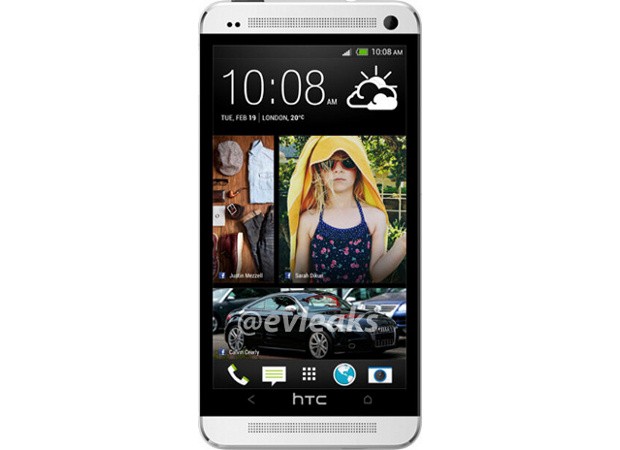 HTC One news is about as easy to find on the web as angry teenagers are in the comments section of YouTube videos. So what do we have for you this time around? Well according to @evleaks, this is a rendering of the HTC One which will be used as a press release image.

@Evleaks has been a great resource of HTC One (M7) news over the past few weeks, and it appears whoever the tipster is has close ties to the flagship HTC project.

Back to the rendering, we can see that the design looks very similar to the current iPhone and the recently launched Blackberry Z10. The phone also appears to have a rather large from camera sensor and looks to be running Sense 5 which is rumored to appear on the phone.

With less than a week from us actually seeing the real HTC One, do you guy’s think that this rendering is the real deal? Are you excited for the HTC One?