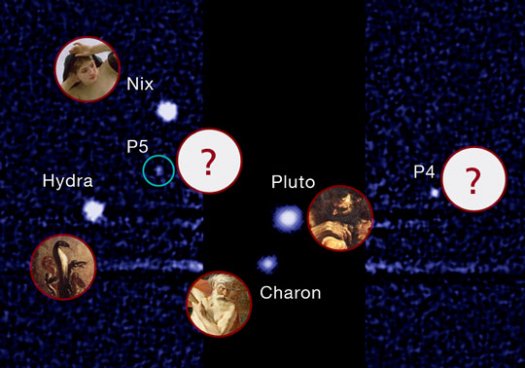 What we know about Pluto sure has changed a lot it recent times. First it was determined that it was no longer a planet, instead reclassified as a dwarf planet. Then it was discovered that the dwarf planet actually has two little moons that were previously unknown, adding to the existing 3 known moons of Pluto (Charon, Nix and Hydra). Pluto’s smallest moons were given the “exciting” names of P4 and P5 – until now.

The SETI Institute is now looking for nominations for new names for the two moons. Following in the established tradition, the names either need to be from Greek or Roman mythology. If you are interested in casting a vote, check out the website PlutoRocks for your chance to be part of the decision.

You will either be able to vote on existing name choices or even add your own suggestion. Voting ends February 25th and the final names will be announced after receiving formal approval by the International Astronomical Union.