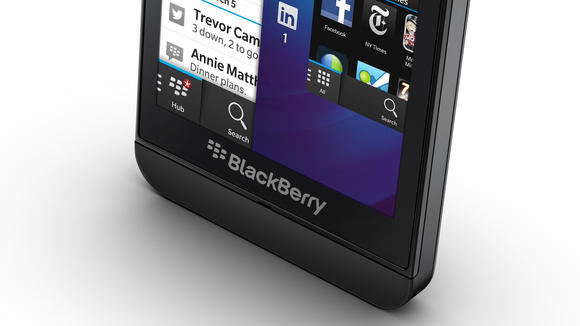 It seemed like a safe assumption. With the arrival of the BlackBerry Z10, we figured that the company previously known as RIM would move forward with the BlackBerry 10 platform alone, fleshing out its lineup accordingly. And we would be wrong. Whereas the BlackBerry line used to run all the way from cheap Pearls and Curves to more expensive Bolds and Storms, it seems that the new BlackBerry 10 is focused on the high-end only. At least for now.

This comes by way of BlackBerry European MD Stephen Bates. He says that BlackBerry wants to be seen as a “high-end” company first and foremost, so it will only be launching flagship devices like the Z10 and the upcoming Q10. However, they are going to “evolve that portfolio to enter the mid-tier” at some point. They won’t, though, get “to the entry level tier for some time, certainly not this year.”

Given that a substantial part of BlackBerry’s current market share comes in the form of cheap prepaid phones on cheap prepaid plans, they’re not giving up on the entry level just yet. That said, that end of the market is just going to be stuck with a BB7 Curve for the foreseeable future. Indeed, “it was important for us to show that we’re not giving up on BB7…. we launched BBM voice and it connects into the BB10 world where we’ve added video and screen sharing.”

BB10 will get to the entry level market eventually, assuming that BlackBerry is still around to see it. Just know that if you want some BB10 action this year, it’s at the higher end with the Q10 and Z10.