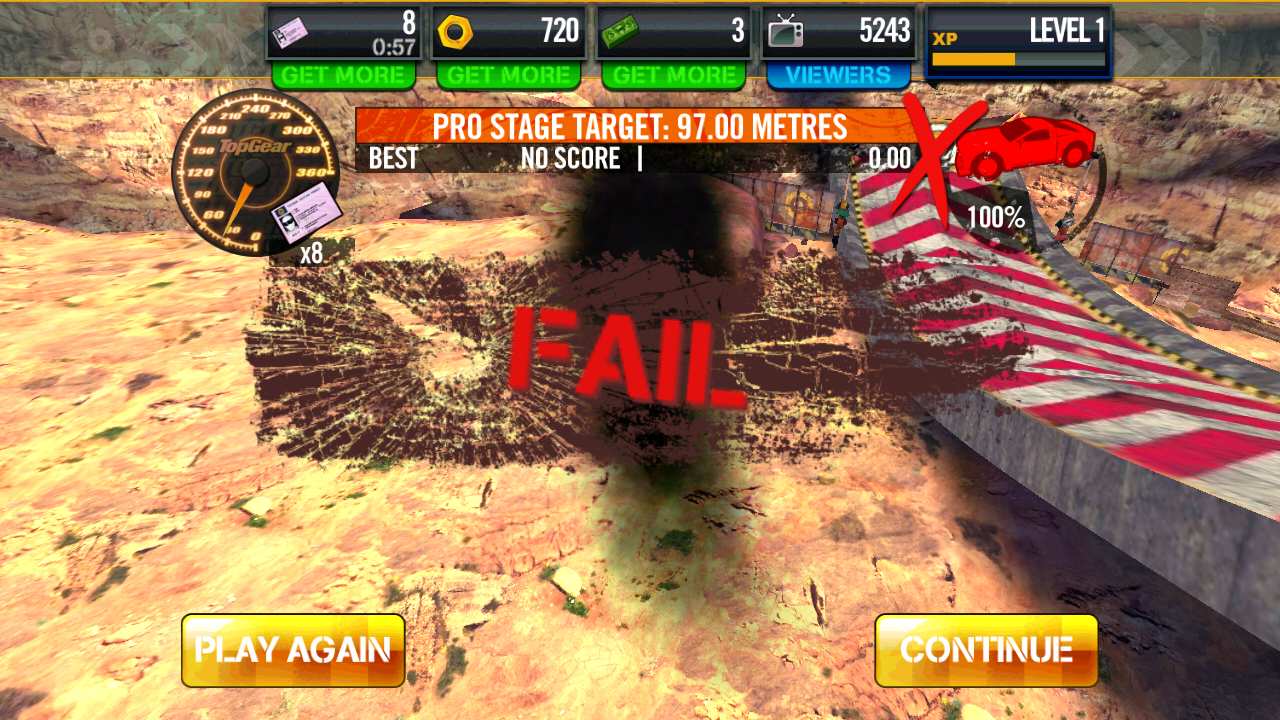 Although this review was done on an Android device, gameplay on the iOS is very similar

Top Gear has become a popular series, so it makes sense that BBC are trying to push more out of the program by developing a mobile game for the plentiful Top Gear fans. But is it good enough? Does it deserve Top Gear’s name, or is it just a cheap gimmick to get more revenue from the already popular TV program? Let’s take a look and see.

Mobile games are meant to be simple; touch screens are quite primitive when it comes to game controls, so without a simple control system or user interface, games can become frustrating to the point of the player quitting and finding a simpler alternative, regardless of the actual game content. When I came away from using the interface in Top Gear, I felt nothing but confused and frustrated, there is quite a lot of content in the game, and the interface has been displayed nicely, but there are so many unnecessary menus and sub-menus that it becomes an effort to find and display what you are looking for. 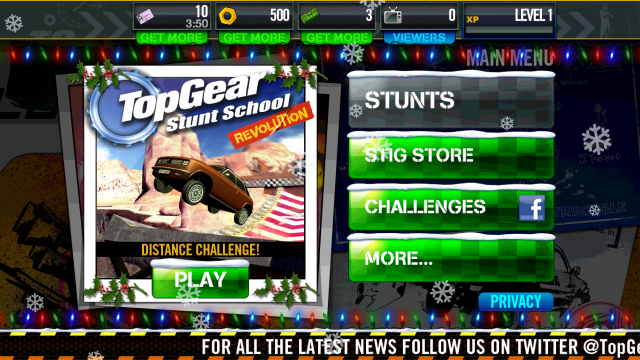 Navigation becomes a chore, and without any interface or UI tutorials, it’s certainly very overwhelming at first. The menus still show a lot of information though, and there are places to check your current progress and your purchased vehicles, as well as sub-menus for purchasing in-game cash and setting options as well, so the interface isn’t lacking much, despite the navigation issues.

In Top Gear SSR, there are a variety of challenges to complete, although throughout the game, the controls remain practically the same. By default, there are two onscreen buttons to control acceleration and the breaks, and steering the vehicle can be controlled with the accelerometer. 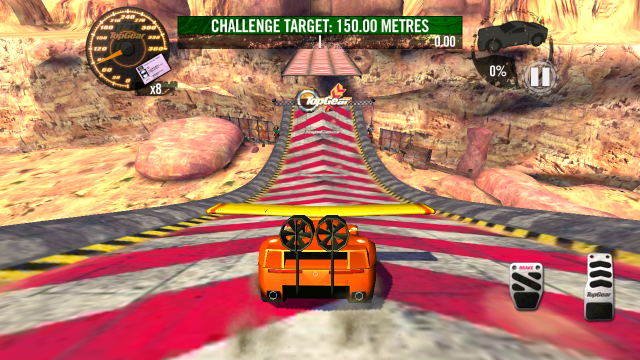 The accelerometer controls are hard to grip, and it’s hard to find a decent sensitivity between over-sensitive steering to brick-like controls. Luckily, there is an option to have onscreen steering buttons, which improves the control ability by a huge amount. The steering still isn’t perfect though, and when compared to games like Asphalt 7, which is available for a similar price as Top Gear SSR Pro, it shows that the game hasn’t been as smoothly polished as games from more professional developers like Gameloft.

Top Gear SSR is split up into different challenges that have to be played with each of the three car classes before being able to move onto the next one. Each challenge has a bronze, silver and gold medal to achieve, and the score needed to earn a medal rises after each time the challenge is completed. There is a huge variety within the challenges available, taking you from mountainside jumps, to bowling with giant skittles. The developers have done a good job to put in a lot of different mini games, and Top Gear SSR makes for a good party game.

There are plenty of cars to unlock, and the upgrade system has been worked out smartly, however, with the repetitive challenges with little differentiation between them, it becomes a big grind to unlock and upgrade the higher level cars. 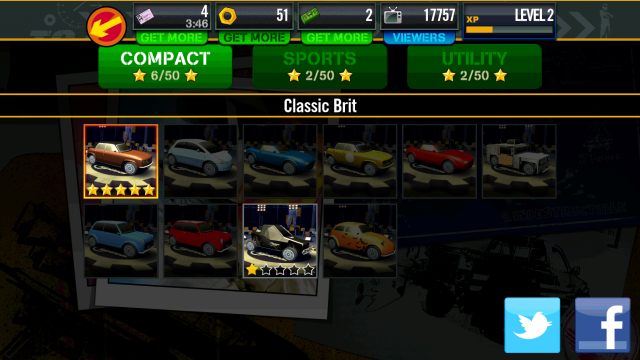 There’s also a level system which prevents players from buying the best cars and upgrades with real money straight away, so although the game seems to point towards all the freemium purchases such as car upgrades and unlocks, Top Gear still requires you to play the game before you can use them.

The graphics in Top Gear SSR aren’t top notch, but there is a decent amount of variety of levels and vehicles, and that’s what is important. The 150 vehicles fit into different classes but still each have their own unique shine to them. The different challenge locations vary greatly, and because of this, the game includes a lot of different scenes to play in. 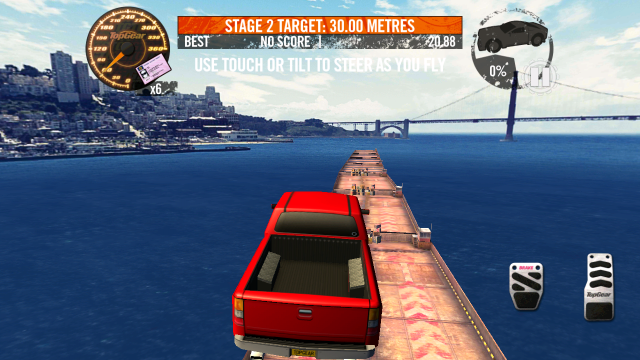 For a mobile game released in 2012, the game feels a little unfinished, and I would have much preferred it if BBC gave Gameloft the opportunity to develop a Top Gear game, instead of giving the task to their own in-house developers.

Throughout this game, I constantly noticed how Top Gear SSR really had nothing to do with Top Gear other than the logos in-game, and the appropriately named in-game cash, ‘Stig Dollars.’

The cars feel unrealistic and don’t represent anything we would expect on the TV show, and although we see a few cars here and there that represent real life vehicles, the situations the cars are put through in the game are also far from realistic, and for a game that is focused towards car enthusiasts, Top Gear SSR is a bit of a disappointment. 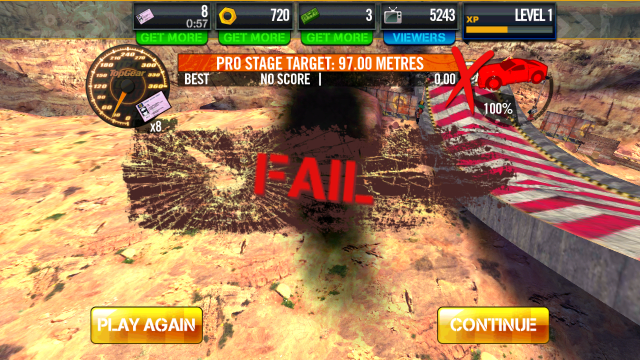