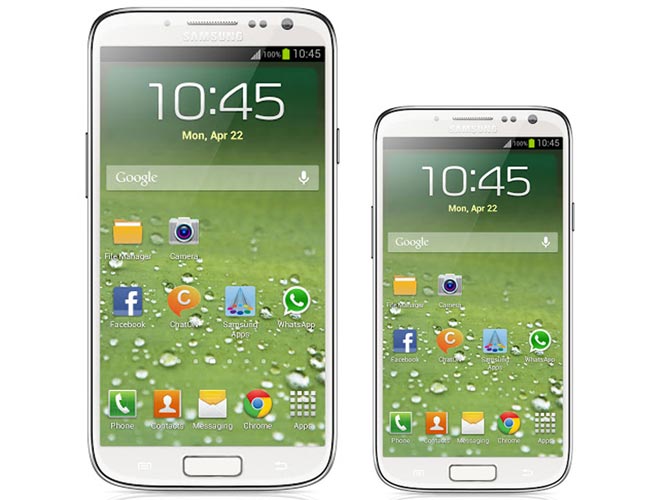 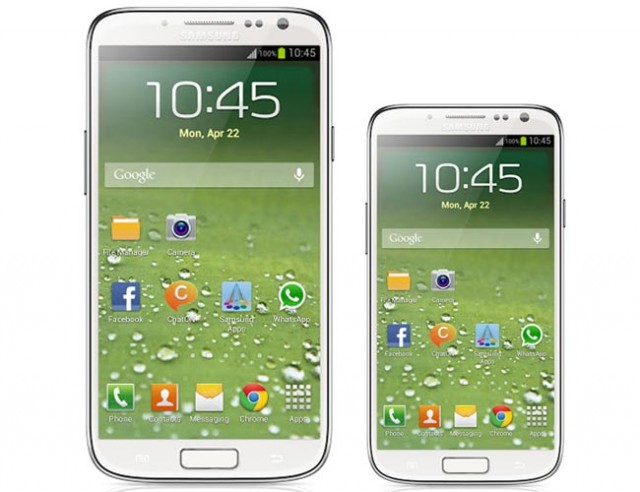 That’s right, seems like the S4 is getting the “Mini” treatment right out of the gate, at least if the rumor mill proves correct. So who is the source of this rumor? It comes from SamMobile, and while it should be taken with a grain of salt, I wouldn’t be that surprised either.

If the Galaxy S4 is getting a larger 4.99-inch 1080p display, it makes sense that Samsung might want to position the S4 Mini as an alternative for those that just don’t want a screen that big. So what can we expect from the S4 Mini? Hard to say, but hopefully it delivers a heck of a lot more than the Galaxy S3 Mini. Except in styling and name, the S3 Mini was more along the lines of Galaxy S2 then an S3.

If Samsung follows this pattern, the S4 Mini might have close to the same specs as the Galaxy S3. Here’s to hoping that the Galaxy S4 Mini is quite similar to its bigger brother, though odds are it will probably feature a 720p display over a 1080p.

What about the third device? The rumor mill says it is currently called “Fortius” and is designed to work with a number of accessories like a bike mount, arm band and more. This isn’t a smartphone, but it is unclear what exactly it is– maybe some kind of smartwatch?

Hopefully we learn more on March 15th, when Samsung is supposedly set to unveil the Galaxy S4. Would you be interested in a Samsung Galaxy S4 Mini or not?