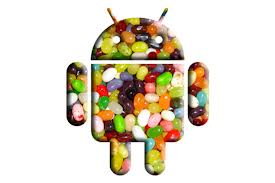 It looks Android 4.2.2 is starting to roll out to Galaxy Nexus, Nexus 7 and the Nexus 10. The update was first reported to Reddit, and it seems that the update is all about “performance and stability” fixes.

What kind of performance updates? One user says that it improved his Bluetooth ability in his car, stating it had “much less hicups when streaming Rdio or Gmusic, but still not perfect”. This is good news though, as Bluetooth A2DP problems are a common issue for Android 4.2 users, so any improvement to this situation is welcome.

The update is moderately sized at a little over 46MB. So when is it coming to you? Hard to say. It will more than likely roll out in waves, and hopefully will make its way to the Nexus 4 soon as well.

If you have a Galaxy Nexus and don’t want to wait, there is an OTA Android 4.2.2 update file that can be manually downloaded instead.