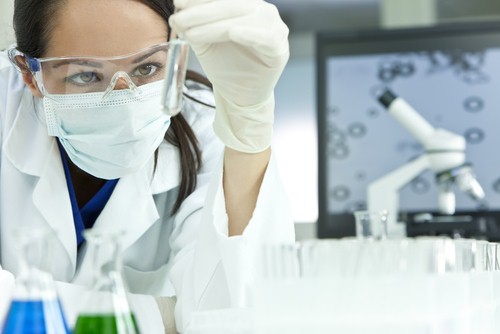 Researchers have recently narrowed down a molecule that will force the initiation of the body’s already present tumor destroying abilities, causing cancerous cells to die but not affecting healthy tissue in trials on mice.

The molecule, named TIC10 forces the gene for the tumour necrosis factor related apoptosis inducing ligand, or TRAIL for short, to jump into action attacking cancerous tumors, preventing patients from having to go through debilitating therapies.

Wafik El-Deiry, an oncologist at the Pennsylvania State University in Hershey and lead on the study stated, “TRAIL is a part of our immune system: all of us with functional immune systems use this molecule to keep tumors from forming or spreading, so boosting this will not be as toxic as chemotherapy”

TIC10’s effectiveness is due to the fact that it is much smaller than other proteins that have been previously tested as TRAIL initiators.  It’s small size means it can pass through the body’s blood/brain barrier, a natural defense against microbes penetrating into and infecting the brain.  But until now, it also stopped TRAIL initiators from having any effect on brain tumors.  “We didn’t actually anticipate that this molecule would be able to treat brain tumors – that was a pleasant surprise.” Said El-Deiry.

Not only does TIC10 initiate TRAIL genes in cancerous cells, but also healthy ones.  This makes it possible to create a ‘bystander effect’ in which healthy cells immediately will bind to adjacent cancerous cells, assisting in their demise.

Trials have shown that TIC10 has great effects against many different types of tumors, including, colon and lung cancer, lymphoma and breast cancer.  It showed extreme effectiveness against glioblastoma, a type of brain tumor that traditionally is very difficult to treat.  Mice with glioblastomas, treated with TIC10 and Bevacizumab (a drug commonly used to treat brain tumors) survived three times as long as untreated mice and 6% longer than those treated with just Bevacizumab.

TRAIL type therapies were initially found in the mid 1990’s, but lack luster results when coupled with the current treatments of the day caused many large pharmaceutical companies to abandon the method.  While these current methods have only been attempted on mice, the researchers are very optimistic the new methods will be successful in humans as well.

Could this be the end to the devastating effects of cancer as we know them?  The implications of this new research are very exciting and the potential is huge.