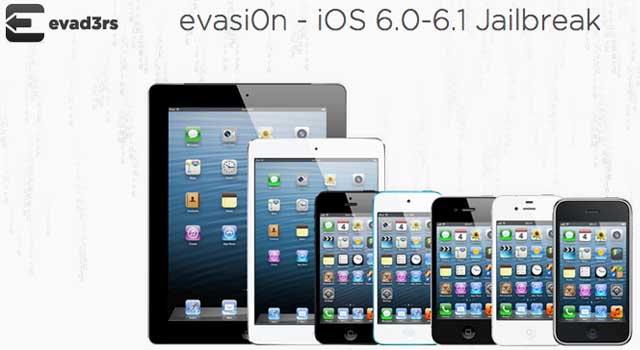 Every time a new version of iOS is released, the race is on to exploit it. Despite constant warning from Apple and even the government, jailbreaking has become even more popular. In fact, the evad3rs iOS 6 Evasi0n jailbreak is already being called the most popular jailbreak in history.

This claim is most likely due to the insane amount of downloads that evasi0n received in such a short amount of time. More specifically, Jay Freeman of Cydia claims that 5.15 million iPhones, 1.35 million iPads and 400,000 iPod Touches accessed Cydia within 4 days of evasi0n’s release.

All of these numbers combined equals 6.9 million iDevices. Plus, this number only includes people who visited Cydia after jailbreaking. Over 7 million jailbreakers in just a few days is surely enough to make Steve Jobs roll over in his grave.

With jailbreaking becoming more and more prevalent, could Apple’s lack of design changes be to blame? Aside from Notification Center and multitasking, iOS has remained the same in terms of design since 2007. Although some may argue that if it isn’t broken don’t fix it, it may be time for Apple to change it up a bit.

Did you use evasi0n to unlock your iOS device? Do you think that it is time for Apple to change up the iOS design? Let us know in the comments below.