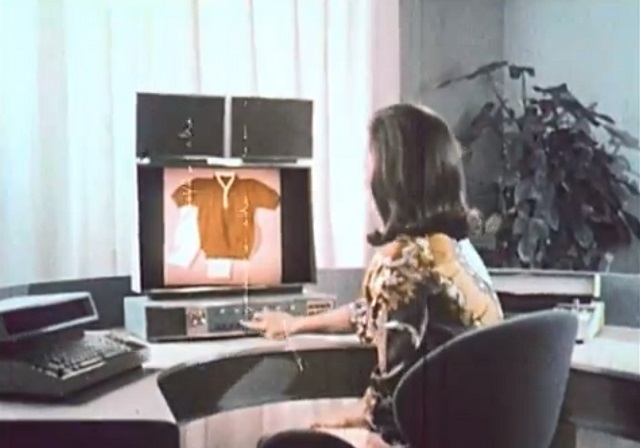 Today most of us take for granted just how quickly technology has advanced in recent years. While there are tons of movies out there like the semi-recent “Total Recall” that attempt to give us a glimpse into the possible future, you have to wonder how right we are about things.

Will 3D printing continue to be a major part of society? Will we have Moon and Martian bases (or even colonies) that are completely 3D printed? Will we finally get those flying cars or perhaps cars that drive themselves on the road? No matter what we guess, we probably will only be half-right at best.

That brings up a curious question, what did people from the late-60s think “the future” of the late-90s and into the new millennium would bring? How correct were they? Below are two videos that explore that question.

The first video is a much shorter look at the “Computerized Communications Console” and how it will revolutionize modern communication by delivering satellite news, weather, stock information and more.

In the video at the bottom of this article we take a look at a longer (20 minutes or so) video that shows the “future of 1999AD”. It is worth mentioning that the video is produced by the same folks that built the computerized communications console seen on the Cronkite show in the first video.

Its funny what they somewhat got right, and what they were totally off-base on. One thing that they really didn’t think about was convergence. In the 60s, it seemed reasonable that one “screen” would totally have the ability to only do weather and stocks. Another for paying the bills, etc, etc. The house of the “future” in the video is littered with bulky computing devices everywhere. You’ll also notice how old-fashioned the roles of husband and wife are throughout the entire video. Let’s just say the video is rather sexist when looking at it with modern eyes.

It is interesting to see rudimentary forms of the Internet (online shopping, news, video chatting, etc) portrayed here though, and you have to admit they actually weren’t horribly far off. Predicting the future is never easy, and I imagine we are no better at guessing at the future 30+ years from now then they were back then.

Anyhow, take a look at the videos and let us know what you think about these past predictions. I also challenge you with this: what will the future look like in 2050, what predictions do you make for our own future? Will smartphones still exist our be long-gone relics of the past? Will the tablet craze be long forgotten? Let us know what you think in the comments below.