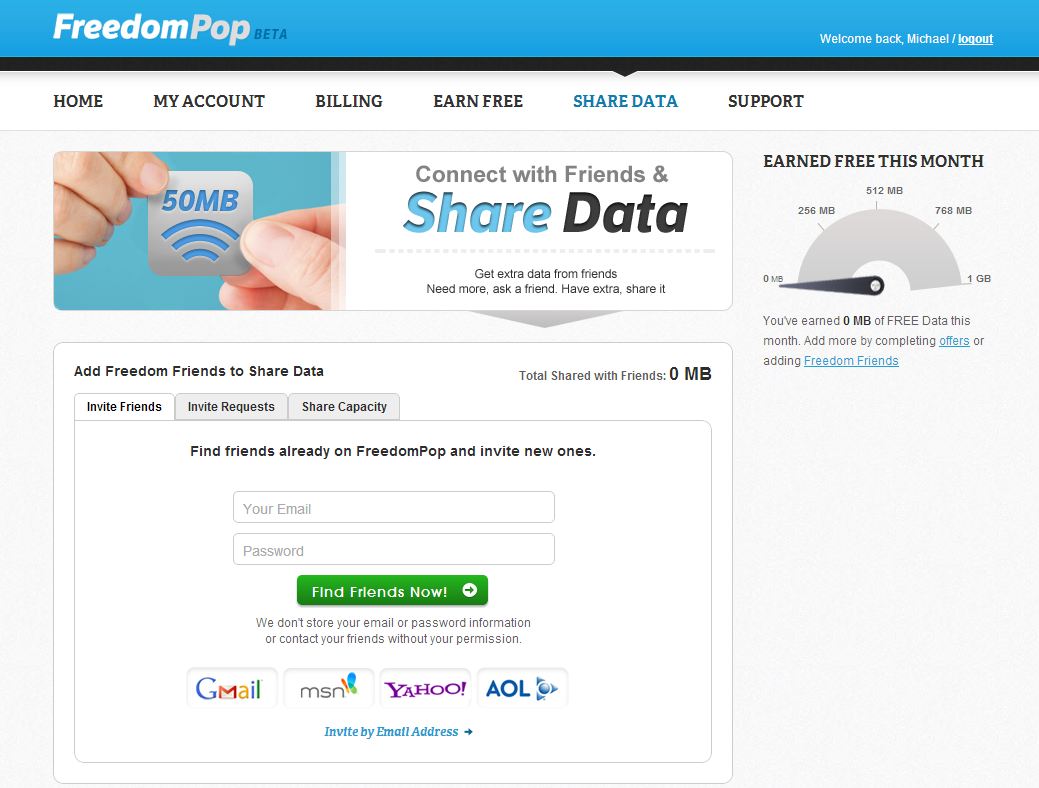 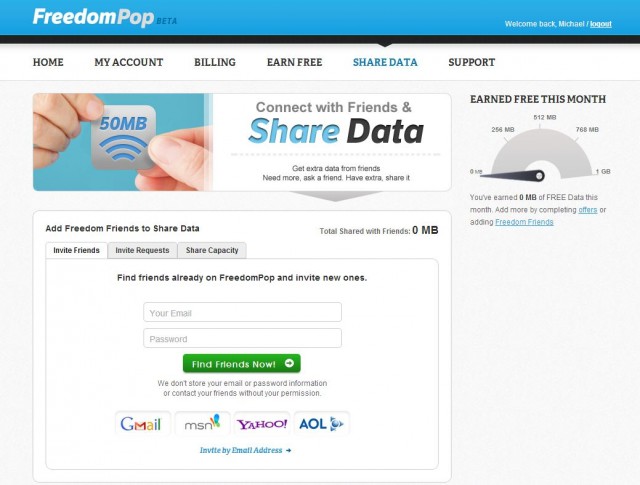 I’ve been using my FreedomPop Photon 4G mobile hotspot for a few months now and while the coverage isn’t quite what I had hoped it would be, you can’t really complain when you’re getting 500MB of free mobile broadband each month. You could certainly pay for more data, but why not just “borrow” that unused data from your friends who are also on FreedomPop.

FreedomPop has announced that its “social broadband” features are being expanded, making it possible for users to share and to request to use any unused bandwidth through popular social networks like Facebook and Twitter. If you have data that you’re not going to use, you can share that with your friends. If you need additional bandwidth, you can ask your friends if they have any to spare. You might already be familiar with the Freedom Friends referral program too, which was previously giving you an extra 10MB of data when you connect with a friend who is also on FreedomPop. That has now increased to 50MB per referral.

We have also known for some time that the company is expanding beyond the current WiMAX service to start providing Sprint LTE later this year. Now, we’re hearing that they’ll have a new LTE clip that works with the Apple iPad and this will be launching toward the second half of this year. More importantly, this iPad clip can fall back onto Sprint’s 3G network as needed, providing the much needed coverage and reliable service that the WiMAX hasn’t really been able to deliver. The new LTE device will work with the iPad, iPad mini and Samsung Galaxy devices.