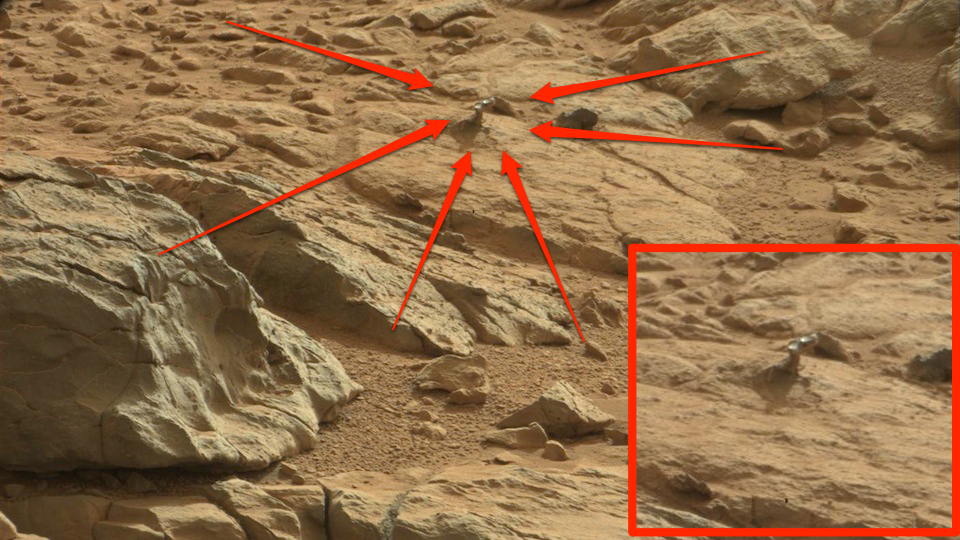 Recently the Mars Curiosity Rover found something very, very interesting.  During its regular shutterbugging activities, the rover found a very small, shiny, metal looking object that appears to be sticking out of a rock.

Is this proof that Martians did or still do exist? While scientists have no idea what it is, the half centimeter tall does make the mind wander with possibilities.  While more than likely a natural formation of minerals, it is clearly different than the surrounding rock which allows the possibilities for some grander explanations.

The object was found by the Curiosity Rover on January 30th and NASA has no idea what it may be and we may really never know. Still, wouldn’t it be amazing if it turned out to be the remains of a crashed alien ship or perhaps some remaining sign of a Martian civilization that is no more? Not likely, but interesting none the less. What do you think this metal-like object really is?