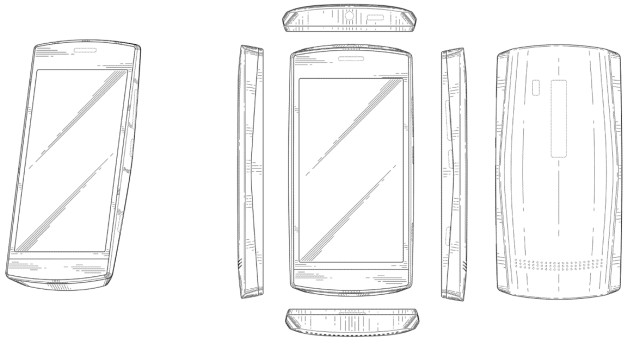 Want to know what the future holds? While we can’t tell you that, how about settling for a glimpse into the future of the Nokia Lumia line instead?

It seems that a design patent that was filed back in December of 2011 has now appeared, giving us an idea of what a potential future Nokia Lumia design might look like, perhaps even one of the rumored new Windows Phone 8 handsets like the Noka Lumia 1000.

At first glance, it seems to share quite a bit in common with Nokia’s Asha 205 feature phone, which makes sense considering the Asha design has actually done extremely well globally.

Alright but what proof is there that this design patent for 2011 is actually coming to a new handset? It seems that was previously spotted in a leaked Nokia Lumia concept video. Again, that’s nothing definitive and certainly doesn’t mean that we’ll see such a device at MWC, but it does indicate that this design is actively being considered.

What do you think, do you hope this turns out to be a new Windows Phone 8 handset slated for this year or are you less than impressed with the design?