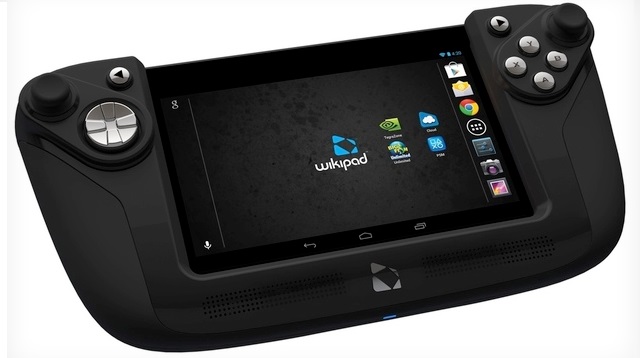 Remember the Wikipad? This 10-inch Android gaming pad with detachable controllers was supposed to be ready for a release to Gamestop awhile ago, but has largely disappeared off the radar– until now.

The folks behind the Wikipad are pack, this time saying that the 10-inch tablet has been canned in favor of a cheaper 7-inch model that they expect to sale for just $249.99, half of the asking price of the original 10-inch design.

So far into the game, you have to wonder: what happened to the 10-inch model? Apparently there was a mechanical issue with the first batch that they had to retool their efforts. They have since ironed out the issue but before they could roll out new units they found that the manufacturer that had been making the 10-inch panel they planned to use had apparently decided to discontinue the display.

Seeing that they were running into tons of issues, and realizing that 7-inch tablets were quickly starting to outshine 10-inch models, they decided to scrap everything. The result is a 7-inch Wikipad that is essentially identical to the original model, except with a smaller screen.

The company behind the Wikipad admits they failed first time around, but promises they are getting everything right for a second go. The big question is whether or not you should care. With devices like Nvidia’s Project Shield just around the corner, and so many cheap tablets that you can add 3rd party controllers to, the Wikipad might not elicit as much excitement as it once did.

What do you think, interested in the 7-inch Wikipad or not?