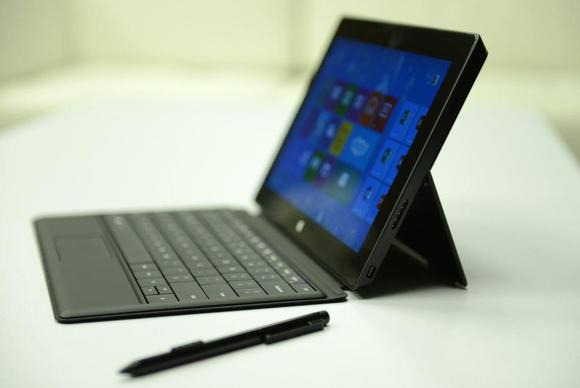 Thinking about picking up the Microsoft Surface Pro this weekend, or merely curious about the tablet? Well the first reviews are in from a variety of tech sites. What’s the verdict? Things certainly look pretty mixed.

Following in the footsteps of Windows 8, the Surface Pro seems to have a some pretty wildly varying opinions with some saying it is the greatest thing to happen to the tablet, others saying it tries to be two different things (laptop and tablet) but doesn’t succeed very well at either. Here are just three reviews that hopefully give you an idea of what to expect with the Surface Pro.

On the rather (if not overly) optimistic side, you have reviews like the one from BetaNews. To get an idea of that review, here’s a brief segment:

Surface Pro is magnificent. A classic. It’s the Windows experience you longed for but were denied. The tablet is a reference design for what — andwhat not — Microsoft OEM partners should achieve.

The device is the past and future, pure personal computer and post-PC. Simply put: Surface Pro is jack of all trades, both master of many, and (gulp) none. Capabilities astound, yet quirks abound. But even they are endearing, giving Windows 8 Pro personality and dimension. For the past five days, I’ve had the privilege of using Surface Pro, which goes on sale February 9, as my primary PC…

Unquestionably, Surface Pro isn’t for everyone. But it could be for you.

On the more neutral side you have reviews like those from Engadget. Here’s a brief excerpt:

We’re still completely enraptured by the idea of a full-featured device that can properly straddle the disparate domains of lean-forward productivity and lean-back idleness. Sadly, we’re still searching for the perfect device and OS combo that not only manages both tasks, but excels at them. The Surface Pro comes about as close as we’ve yet experienced, but it’s still compromised at both angles of attack. When trying to be productive, we wished we had a proper laptop and, when relaxing on the couch, we wished we had a more finger-friendly desktop interface — though more native Windows 8 apps might solve the problem by keeping us from having to even go there.

And then there are those that are less flattering side, like you’ll with the Verge:

Even a well-executed Surface still doesn’t work for me, and I’d bet it doesn’t work for most other people either. It’s really tough to use on anything but a desk, and the wide, 16:9 aspect ratio pretty severely limits its usefulness as a tablet anyway. It’s too big, too fat, and too reliant on its power cable to be a competitive tablet, and it’s too immutable to do everything a laptop needs to do. In its quest to be both, the Surface is really neither. It’s supposed to be freeing, but it just feels limiting.

Ultimately, almost all the reviews point to the same picture: It is a reasonably decent computing device but not quite perfect as a replacement for both your conventional tablet or conventional laptop.

Most reviews conclude that battery life and other issues seem to hold it back. Some reviews are still critical of the new Start UI. Nearly all of them feel that the Surface Pro is the step in the right direction but ultimately it misses more than it hits.

At $899, this could be exactly what you are looking for if you want a device that can handle business productivity while also providing a tablet experience, as long as you aren’t too bothered by some of its less flattering aspects, like low battery life.  For those looking for a consumption and entertainment device? You will be better off with an Android tablet or the iPad, or perhaps even the Surface RT.

Keep in mind these were just three reviews. There are many more out there. For those that are interested in the idea of the Pro, your best bet will probably be to head to a Microsoft store or partnering retail location and try it out for yourself. What works for one person might not work as well for another. What do you think of the Surface Pro, interested or not?