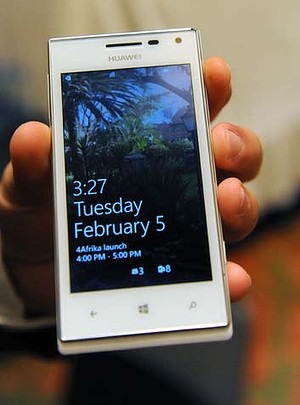 It looks like Microsoft and Chinese phone manufacturer Huawei are gearing up to release a new smartphone for the African market. The Huawei 4Africa phone features a 4-inch screen and 5 mega-pixel rear camera all while managing an extremely affordable $150 price point, without contract. Microsoft also plans to bring Nokia into the game with 2 custom African Windows Phones from the Finnish handset maker.

Africa is one of the fastest growing smartphone markets in the world, and with Huawei as the leading supply of communications technology on the continent, Microsoft has a powerful ally. According to researchers, Africa has an average sales growth of 43% which is set to increase with most phones going to South Africa and Nigeria where smartphone penetration is expected to reach 30% by 2013.