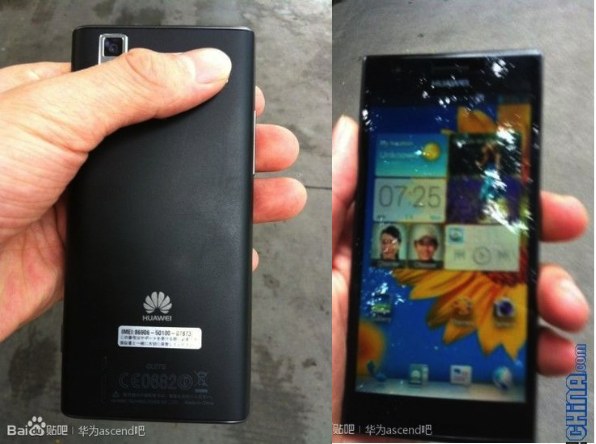 Purported photos of the Huawei Ascend P2 have turned up on tech site Gizchina, along with details of a possible 8-core processor and estimated pricing for the new phone. The leaked photos (above) show a phone which closely resembles the renderings which appeared a few weeks ago. Unfortunately the photo of the front is to blurred and the rear photo has been obscured so there isn’t much we can learn from them.

However, further rumours suggest that the P2 could be sporting a Huawei developed 8-core processor and will be available in either a 1GB RAM or 2GB RAM version with pricing starting at around $480!

The rest of the purported specs claim that the phone will ship with a 4.7-inch FHD 1080 display, 13 mega-pixel rear camera, 3000mAh battery and Android 4.1 Jelly Bean! Pretty amazing stuff for a phone costing less that $500.

If the device makes its way to your local market, would you be interested or not?