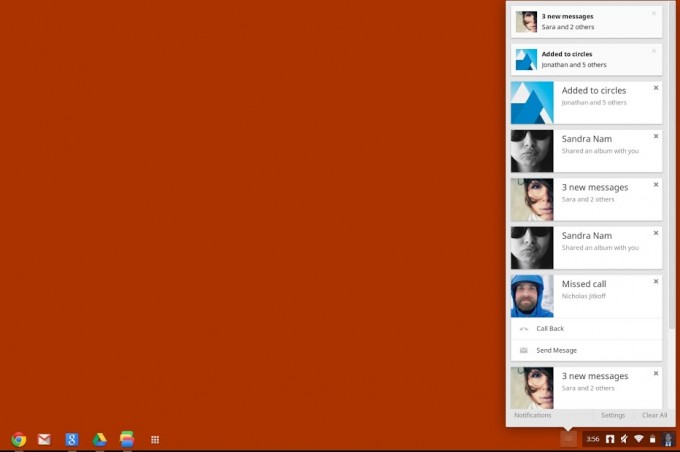 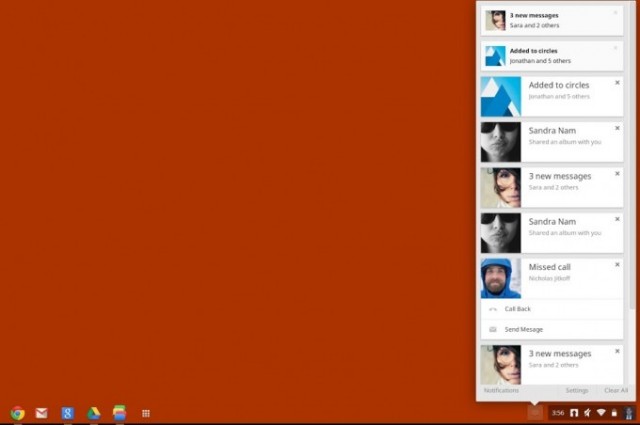 Reports over at Android Central are suggesting that Google could be working on their very own integrated messaging application. The rumors stem from a screenshot taken of Chrome OS running a never seen before application.

From the screenshot the applications appears to be a notification bar allowing Google users to keep an eye on Google+ shares, messages, emails and other chat notifications. However, this could also be a whole lot more if synced to Android and could allow missed phone calls and SMS messages to be pushed to your PC.

If Google manages to produce an integrated messaging service it is likely to upset Apple who currently have iMessage. While this solution only works between your OSX and iOS devices, a Google solution would likely work across all platforms: Mac, PC, Chrome OS, Android and even other mobile operating systems.

What do you think, interested in such a unified messaging platform or not?